Jon Mooallem – This Is Chance!

In the spring of 1964, Anchorage, Alaska, was a modern-day frontier town yearning to be a metropolis—the largest, proudest city in a state that was still brand-new. But just before sundown on Good Friday, the community was jolted by the most powerful earthquake in American history, a catastrophic 9.2 on the Richter Scale. For four and a half minutes, the ground lurched and rolled. Streets cracked open and swallowed buildings whole. And once the shaking stopped, night fell and Anchorage went dark. The city was in disarray and sealed off from the outside world.

Slowly, people switched on their transistor radios and heard a familiar woman’s voice explaining what had just happened and what to do next. Genie Chance was a part-time radio reporter and working mother who would play an unlikely role in the wake of the disaster, helping to put her fractured community back together. Her tireless broadcasts over the next three days would transform her into a legendary figure in Alaska and bring her fame worldwide—but only briefly. That Easter weekend in Anchorage, Genie and a cast of endearingly eccentric characters—from a mountaineering psychologist to the local community theater group staging Our Town—were thrown into a jumbled world they could not recognize. Together, they would make a home in it again.

Drawing on thousands of pages of unpublished documents, interviews with survivors, and original broadcast recordings, This Is Chance! is the hopeful, gorgeously told story of a single catastrophic weekend and proof of our collective strength in a turbulent world.

There are moments when reality instantly changes—when the life we assume is stable gets upended by pure chance. This Is Chance! is an electrifying and lavishly empathetic portrayal of one community rising above the randomness, a real-life fable of human connection withstanding chaos. 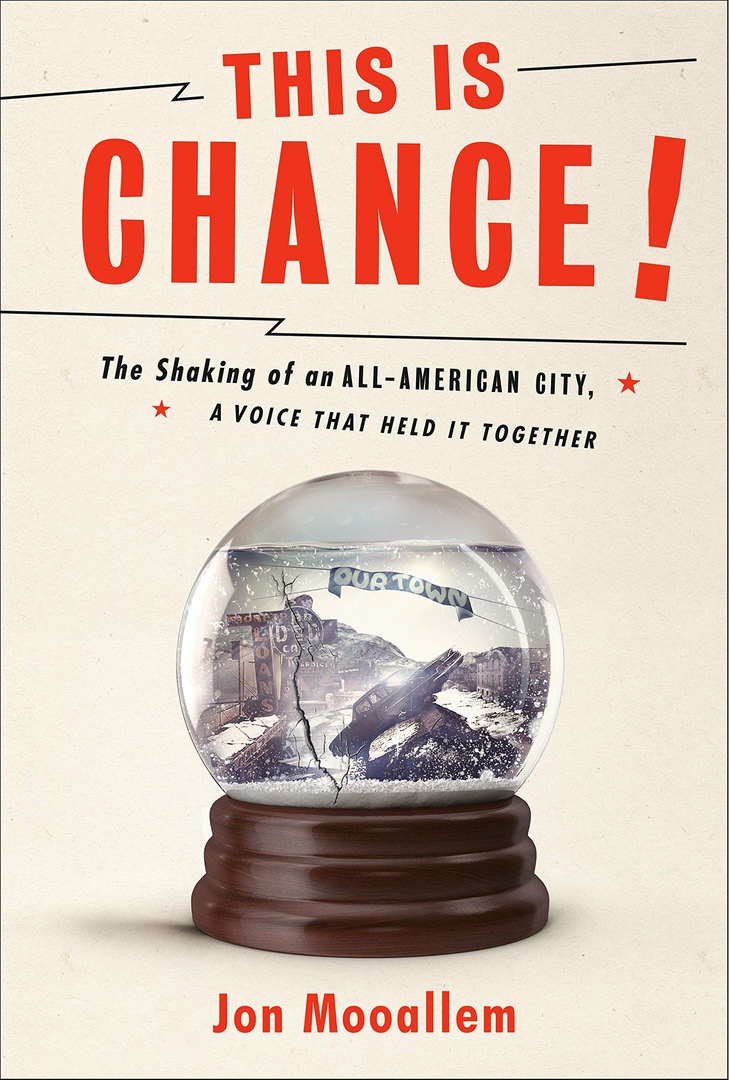