The Last Jump is a story of discovery as a modern day journalist explores the military experience of his father in World War II. Aware of the existence of a long lost family secret, our protagonist enlists the aid of four aging World War II veterans who knew his father. When he finds out they know about the secret and have sworn an oath never to reveal it, he begins the difficult task of carefully cajoling the information from men he considers to be true heroes. His odyssey takes him back in time to a country vexed with racial and gender issues but united as never before or since.

After the last veteran passes away, his hopes are dashed but one reaches from beyond the grave to identify the only other living person who who knows the secret and he races against death to reach her. A shocking conclusion awaits him, if only he can get there in time!

This book resonates with veterans of all wars and their sons and daughters. Active military and patriotic supporters of our Armed Forces also love this book, especially fans of Band of Brothers and Saving Private Ryan.

A historical fiction book requires significant research to understand the personalities of the famous participants and the location of various units and the timeframe in which the action is taking place. The challenge is to seamlessly place the fictional characters in historically accurate situations and venues to tell the story. As such, it took 4 years to write this book and a year to edit it.

As part of the research, we met and talked to numerous World War II veterans. They are almost universally humble, modest and appreciative of the gratitude so generously expressed by many, in both America and Europe, so late in their lives. So, come and join the adventure as we take a trip through a time in this country when everyone pulled together to achieve the improbable victory against the forces of evil. Learn what it was like to live in and fight for America in the dark days of World War II and enjoy a rousing war story and an elusive mystery. We have much to learn from that generation. The Last Jump teaches us some of it. And keeping their memory alive is something they earned.

Some proceeds from the sales of The Last Jump are donated to assist families of the fallen. 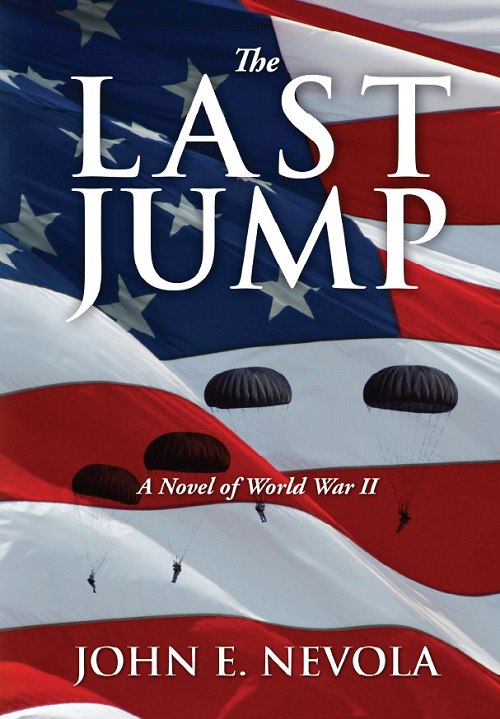 John E Nevola - The Last Jump.pdf
2.44 MB
Please Share This
Related Posts
Many magazines
on the
→ MAGAZINELIB.COM
Book for today - 2019