John Collier’s edgy, sardonic tales are works of rare wit, curious insight, and scary implication. They stand out as one of the pinnacles in the critically neglected but perennially popular tradition of weird writing that includes E.T.A. Hoffmann and Charles Dickens as well as more recent masters like Jorge Luis Borges and Roald Dahl. With a cast of characters that ranges man-eating flora to disgruntled devils and suburban salarymen (not that it’s always easy to tell one another), Collier’s dazzling stories explore the implacable logic of lunacy, revealing a surreal landscape whose unstable surface is depth-charged with surprise.

Some of the stories in this book have been printed in The New Yorker, Harper’s Bazaar, The Atlantic Monthly, Esquire, and Harper’s Magazine; some of them have previously been gathered into a volume called Presenting Moonshine (published by the Viking Press, New York, 1941), and a volume called The Devil and All (published by the Nonesuch Press, London, 1934). Witch’s Money was published as a separate volume, for private distribution, in December 1940. The Touch of Nutmeg, copyright, 1943, by The Readers Club. “Gavin O’Leary,” copyright, 1945, by H. Allen Smith 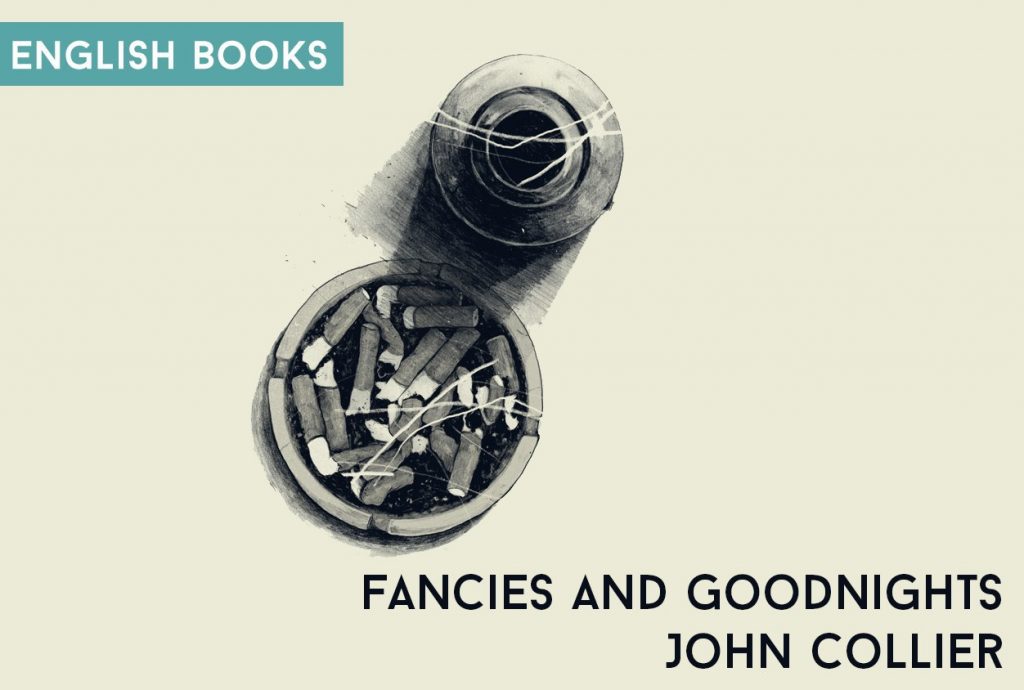 Fancies_and_Goodnights.txt
837.41 KB
Please Share This
Related Posts
Many magazines
on the
→ MAGAZINELIB.COM
Book for today - 2019-2022