Fourteen-year-old pickpocket John Jacob Turnstile has just been caught red-handed and is on his way to prison when an offer is put to him—a ship has been refitted over the last few months and is about to set sail with an important mission. The boy who was expected to serve as the captain’s personal valet has been injured and a replacement must be found immediately.

Given the choice of prison or a life at sea, John soon finds himself on board, meeting the captain, just as the ship sets sail. The ship is the Bounty, the captain is William Bligh, and their destination is Tahiti. Their journey, however, will become one of the most infamous in naval history.

Mutiny is the first novel to explore all the events relating to the Bounty’s voyage, from the long passage across the ocean to their adventures on the island of Tahiti and the subsequent forty-eight-day expedition toward Timor. This vivid retelling of the notorious mutiny is packed with humor, violence, and historical detail, while presenting an intriguingly different portrait of Captain Bligh and Mr. Christian than has ever been presented before.

Internationally bestselling author John Boyne has been praised as “one of the best and original of the new generation of Irish writers” by the Irish Examiner. Now, with Mutiny, he has created an eye-opening story of life—and death—at sea. 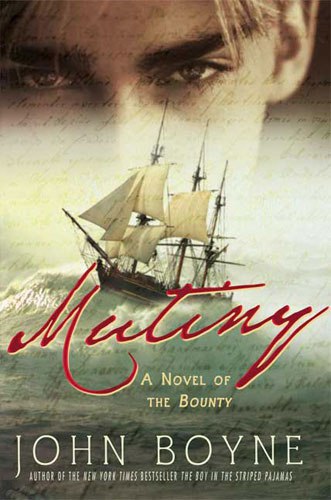