Following the disastrous Java Sea campaign, the Allies stopped the Japanese advance at Coral Sea and Midway. But the Japanese still threatened to build a network of bases in the South Pacific and threatened to cut off Australia. In response, Allies made a desperate move by starting their first offensive of the Pacific War. Their first target: a new Japanese airfield in a relatively unknown place in the Solomon Islands called Guadalcanal.

Hamstrung by obsolete pre-war thinking and a bureaucratic mind-set, the US Navy had to adapt on the fly in order to compete with the mighty Imperial Japanese Navy. Starting with the amphibious assaults on Guadalcanal and Tulagi and continuing with the worst defeat in US Navy history, the campaign quickly turned into a see-saw struggle where the evenly matched foes struggled to gain the upper hand and grind out a victory.

Following on from his hugely successful book Rising Sun, Falling Skies, Jeffrey R. Cox tells the gripping story of the first Allied offensive of the Pacific War, as they sought to regain dominance in the Pacific. 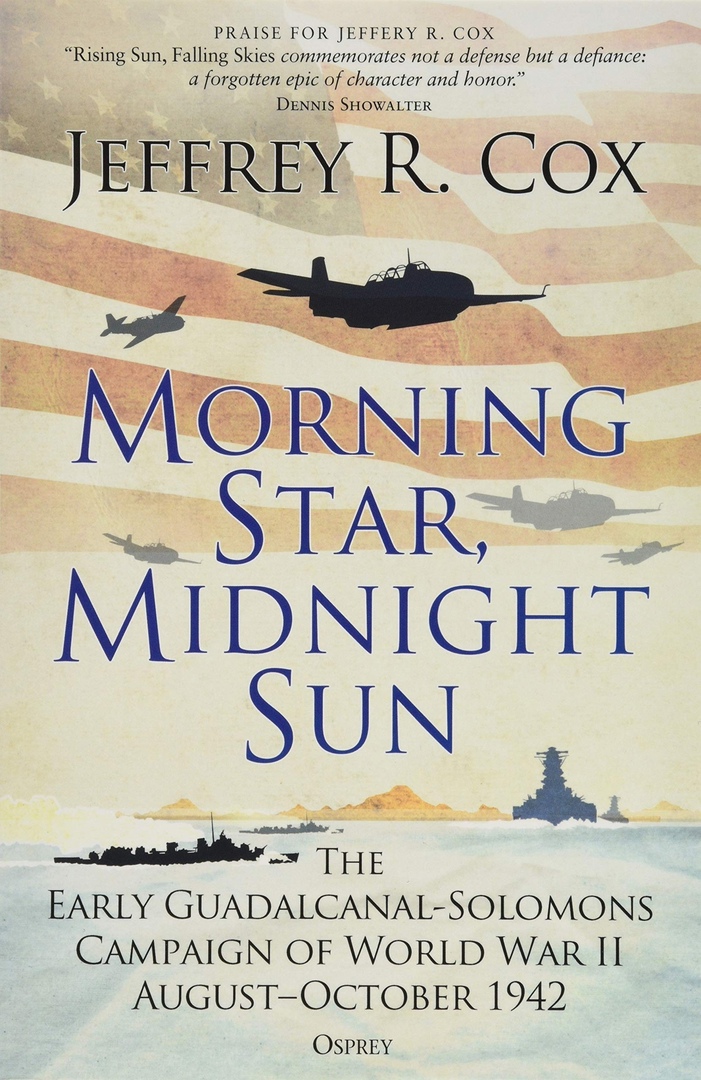