It is 4034 AD. Humanity has made it to the stars. Fassin Taak, a Slow Seer at the Court of the Nasqueron Dwellers, will be fortunate if he makes it to the end of the year.

The Nasqueron Dwellers inhabit a gas giant on the outskirts of the galaxy, in a system awaiting its wormhole connection to the rest of civilisation. In the meantime, they are dismissed as decadents living in a state of highly developed barbarism, hoarding data without order, hunting their own young and fighting pointless formal wars. Seconded to a military-religious order he’s barely heard of — part of the baroque hierarchy of the Mercatoria, the latest galactic hegemony — Fassin Taak has to travel again amongst the Dwellers. He is in search of a secret hidden for half a billion years. But with each day that passes a war draws closer — a war that threatens to overwhelm everything and everyone he’s ever known.

As complex, turbulent, flamboyant and spectacular as the gas giant on which it is set, the new science fiction novel Iain M. Banks is space opera on a truly epic scale.

Nominated for Hugo Award for Best Novel in 2005. 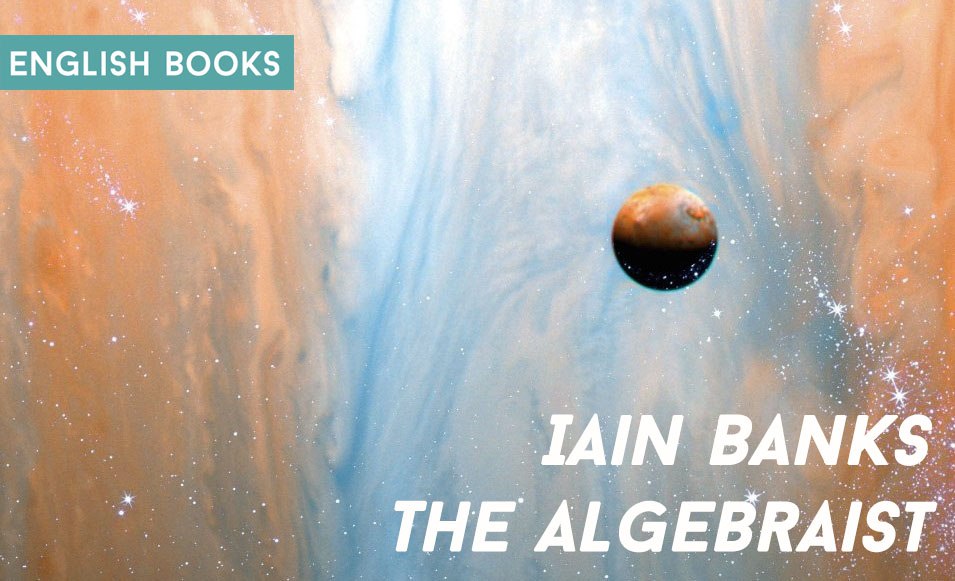 The Algebraist.txt
1.11 MB
Please Share This
Related Posts
Many magazines
on the
→ MAGAZINELIB.COM
Book for today - 2019-2022