How Starbucks Saved My Life by Michael Gates

In his 50s, Michael Gates Gill had it all: a big house in the suburbs, a loving family, and a top job at an ad agency with a six-figure salary. By the time he turned 60, he had lost everything except his Ivy League education and his sense of entitlement. First, he was downsized at work. Next, an affair ended his 20-year marriage. Then, he was diagnosed with a slow-growing brain tumor, prognosis undetermined. Around the same time, his girlfriend gave birth to a son. Gill had no money, no health insurance, and no prospects.

One day as Gill sat in a Manhattan Starbucks with his last affordable luxury, a latte, brooding about his misfortune and quickly dwindling list of options, a 28-year-old Starbucks manager named Crystal Thompson approached him, half joking, to offer him a job. With nothing to lose, he took it, and went from drinking coffee in a Brooks Brothers suit to serving it in a green uniform.

For the first time in his life, Gill was a minority: the only older white guy working with a team of young African-Americans. He was forced to acknowledge his ingrained prejudices and admit to himself that, far from being beneath him, his new job was hard. And his younger coworkers, despite having half the education and twice the personal difficulties he’d ever faced, were running circles around him.

The backdrop to Gill’s story is a nearly universal cultural phenomenon: the Starbucks experience. In How Starbucks Saved My Life, we step behind the counter of one of the world’s best-known companies and discover how it all really works, who the baristas are and what they love (and hate) about their jobs. Inside Starbucks, as Crystal and Mike’s friendship grows, we see what wonders can happen when we reach out across race, class, and age divisions to help a fellow human being. 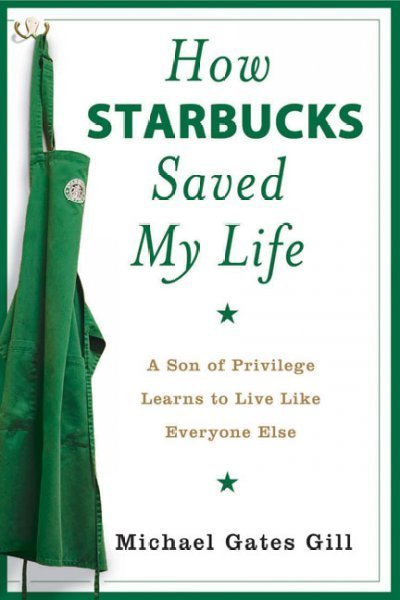 How Starbucks Saved My Life by Michael Gates Gill.epub
582.55 KB
Please Share This
Related Posts
Many magazines
on the
→ MAGAZINELIB.COM
Book for today - 2019-2022