How Perfect You Are by Isabel Fox

Work. School. Friends. Life is business as usual for Carlson College student Cassie Morgan, which is just the way she likes it. Cassie’s orderly world is turned upside down, though, when she receives a mysterious text message from a secret admirer. Though she tries to brush it off at first, it soon becomes apparent that her admirer has more than just a crush. Strange messages are just the beginning of Cassie’s problems. As her admirer becomes increasingly invasive, Cassie must work with her friends and her roommate’s handsome older brother to identify her stalker before it’s too late. 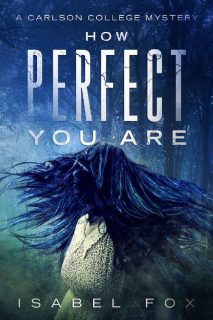