Suddenly in the spotlight, twenty-four-year-old Hannah Brown realized that she wasn’t sure what she wanted. After years of competing in beauty pageants, and then starring on The Bachelorette and Dancing with the Stars, she had become incredibly visible. There she was, in her early twenties, with millions around the world examining and weighing in on her every decision. She found herself wondering what it would mean to live on her terms. What it would mean to stop seeking approval from others and decide—for the first time—what it was she wanted from her own life.

An honest and earnest examination of her own mid-twenties, God Bless This Mess is a memoir that doesn’t claim to have all the answers. Hannah knows she doesn’t have all the answers. What she does have is the insight of someone who has spent critical years of her youth under public scrutiny. Thus what emerges is a quarter-life memoir that speaks to the set of difficulties young women face, and how to move through them with grace. By pushing against her engrained need to seek approval, and learning how to think critically about her own goals and desires, Hannah inspires others to do the same—and to embrace the messiness that comes hand-in-hand with self-discovery (even if that sometimes means falling flat on your face).

Using her time on The Bachelorette as a launching pad, Hannah doesn’t shy away from the most painful experiences of her life: moments when her faith was tested, when she feared it was lost, and the moments when she reclaimed it on national television. “And Jesus still loves me.” Fans will be inspired by the never-before-told stories: the ones about facing depression and anxiety during her pageant years, the ways in which therapy and journaling have proven to be a saving grace, and the previously private moments—both at home and on television—that have shaped the star’s outlook.

Honest and emotionally urgent, God Bless This Mess is a reminder that true growth doesn’t come without strife—and it’s through those dark, messy moments that self-acceptance and love can bloom. 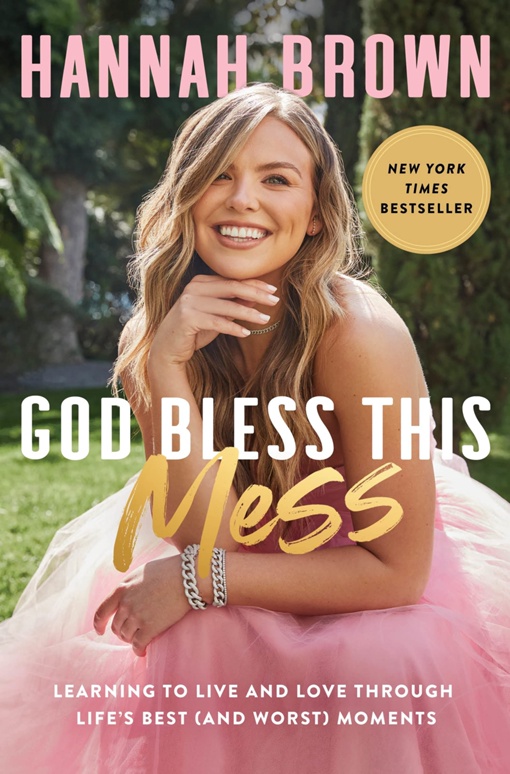 God Bless This Mess.epub
26.64 MB
Please Share This
Related Posts
Many magazines
on the
→ MAGAZINELIB.COM
Book for today - 2019-2022