The third volume of the high fantasy saga that began with A Game of Thrones and continued in A Clash of Kings is one of the more rewarding examples of gigantism in contemporary fantasy. As Martin’s richly imagined world slides closer to its 10-year winter, both the weather and the warfare worsen. In the north, King Joffrey of House Lannister sits uneasily on the Iron Throne. With the aid of a peasant wench, Jaime Lannister, the Kingslayer, escapes from jail in Riverrun. Jaime goes to the other youthful ruler, Robb Stark, to secure the release of Joffrey’s prisoners, Robb’s sisters Arya and Sansa Stark. Meanwhile, in the south, Queen Daenarys tries to assert her claim to the various thrones with an army of eunuchs, but discovers that she must choose between conquering more and ruling well what she has already taken. The complexity of characters such as Daenarys, Arya and the Kingslayer will keep readers turning even the vast number of pages contained in this volume, for the author, like Tolkien or Jordan, makes us care about their fates. Those two fantasy greats are also evoked by Martin’s ability to convey such sensual experiences as the heat of wildfire, the chill of ice, the smell of the sea and the sheer gargantuan indigestibility of the medieval banquet at its most excessive. Perhaps this saga doesn’t go as far beyond the previous bounds of high fantasy as some claim, but for most readers it certainly goes far enough to command their attention. 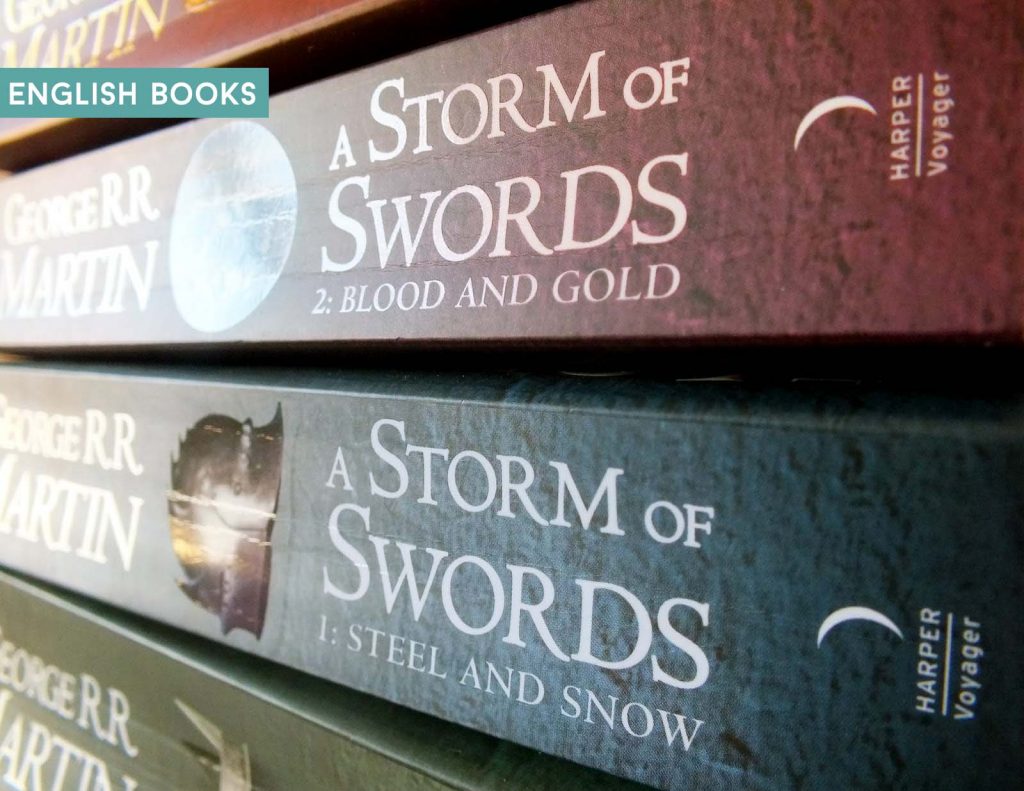 A Storm of Swords.txt
2.19 MB
Please Share This
Related Posts
Many magazines
on the
→ MAGAZINELIB.COM
Book for today - 2019-2022