False Premise, False Promise: The Disastrous Reality of Medicare for All by Sally C. Pipe

American health care is at a crossroads. Health spending reached $3.5 trillion in 2017. Yet more than 27 million people remain uninsured. And it’s unclear if all that spending is buying higher-quality care.

Patients, doctors, insurers, and the government acknowledge that the healthcare status quo is unsustainable. America’s last attempt at health reform — Obamacare — didn’t work. Nearly a decade after its passage in 2010, Democrats are calling for a government takeover of the nation’s healthcare system — Medicare for All.

The idea’s supporters assert that health care is a right. They promise generous, universal, high-quality care to all Americans, with no referrals, copays, deductibles, or coinsurance.

With a sales pitch like that, it’s no wonder that seven in ten people now support Medicare for All. Doctors, especially young ones, are coming around to the idea of single-payer, too. 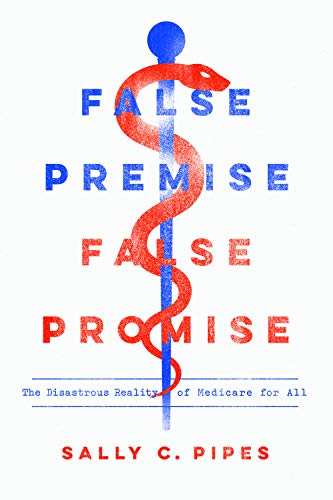 Connect_First_-_Melanie_Katzman.pdf
3.24 MB
Please Share This
Related Posts
Many magazines
on the
→ MAGAZINELIB.COM
Book for today - 2019-2022