On April 4, 1864, Abraham Lincoln made a shocking admission about his presidency during the Civil War. “I claim not to have controlled events,” he wrote in a letter, “but confess plainly that events have controlled me.” Lincoln’s words carry an invaluable lesson for wartime presidents, writes Andrew J. Polsky in this seminal book. As Polsky shows, when commanders-in-chief do try to control wartime events, more often than not they fail utterly.

In Elusive Victories, Polsky provides a fascinating study of six wartime presidents, drawing larger lessons about the limits of the power of the White House during armed conflict. He examines, in turn, Lincoln, Woodrow Wilson, Franklin D. Roosevelt, Lyndon Johnson, Richard Nixon, George W. Bush, and Barack Obama, showing how each gravely overestimated his power as commander-in-chief. In each case, these presidents’ resources did not match the key challenges that recur from war to war. Both Lincoln and Johnson intervened in military operations, giving orders to specific units; yet both struggled with the rising unpopularity of their conflicts. Both Wilson and Bush entered hostilities with idealistic agendas for the aftermath, yet found themselves helpless to enact them. With insight and clarity, Polsky identifies overarching issues that will inform current and future policymakers. The single most important dynamic, he writes, is the erosion of a president’s freedom of action. Each decision propels him down a path from which he cannot turn back. When George W. Bush rejected the idea of invading Iraq with 400,000 troops, he could not send such a force two years later as the insurgency spread. In the final chapter, Polsky examines Barack Obama’s options in light of these conclusions, and considers how the experiences of the past might inform the world we face now.

Elusive Victories is the first book to provide a comprehensive account of presidential leadership during wartime, highlighting the key dangers that presidents have ignored at their peril. 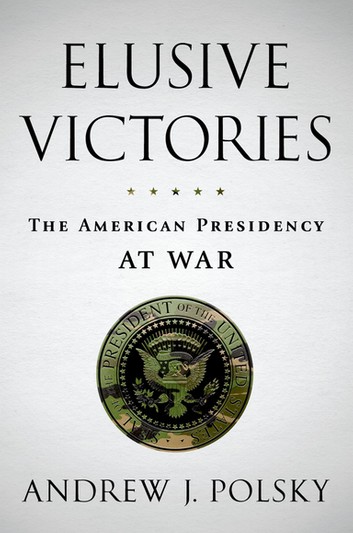