Elizabeth Chadwick – The Falcons of Montabard

Barfleur, 1120. Sabin FitzSimon, bastard son of an earl, has acquired a reputation for wildness and trouble only matched by his abilities as a warrior. But when he is caught seducing the King’s favorite mistress, not even his fighting skills can save him. Beaten by the King’s soldiers and left behind in the Norman port, it seems that his notoriety has finally gotten the better of him.

Upon his eventual return to England, Sabin is given the opportunity to rebuild his career and salvage his reputation: The knight Edmund Strongfist is leaving for the Holy Land to offer his sword and services to the King of Jerusalem, and he wants Sabin to join him.

Accompanying Strongfist is his young, beautiful, convent-educated daughter Annais. Sabin, he warns, is to keep away from her. Being grateful for the chance that Strongfist has given him, Sabin does so, but not without a feeling of regret as he observes her spirit and courage, and enjoys her beautiful harp playing.

The Holy Land brings its own shares of trials for Sabin. If he succeeds in keeping his distance from Annais, he has less success with Strongfist’s new wife, and the consequences prove to be painful. The land is suffering from constant warfare and following the capture of the King, Sabin is forced to take command of the fortress of Montabard and marry its recently widowed chatelaine. Now there is all to play for…and all to lose. 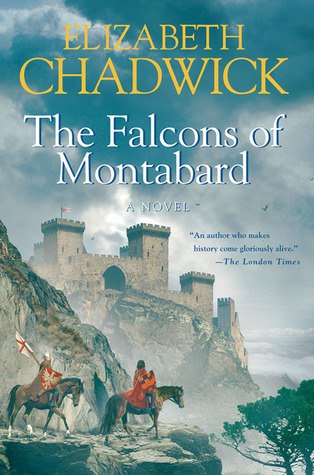 Elizabeth Chadwick - The Falcons of Montabard.pdf
1.45 MB
Please Share This
Related Posts
Many magazines
on the
→ MAGAZINELIB.COM
Book for today - 2019-2022