Double Sin And Other Stories (Hercules Poirot )
By Agatha Christie

In one of London’s most elegant shops, a decorative doll in green velvet adopts some rather human, and sinister, traits… A country gentleman is questioned about a murder that has yet to be committed…In summoning spirits, a medium is drawn closer to the world of the dead than she ever imagined possible… In a small country church, a dying man’s last word, sanctuary, becomes both an elegy and a clue to a crime. Only the Queen of Crime could have conceived such delicious treats for mystery lovers. Only the inimitable Hercules Poirot and Miss Marple could solve them with such chilling perfection.

Double Sin
Wasp’s Nest
The Theft of the Royal Ruby (a.k.a The Adventure of the Christmas Pudding)
The Dressmaker’s Doll
Greenshaw’s Folly
The Double Clue
The Last Seance
Sanctuary 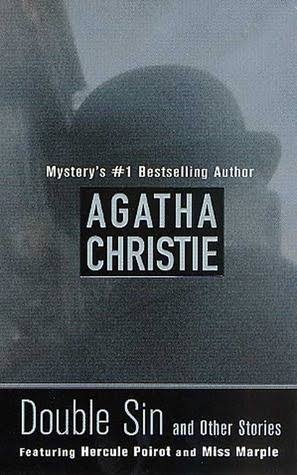