1. Die for Me by Luke Jennings (Killing Eve )

Though the cat and mouse chase between these two lethal adversaries has seemingly ended, the sophisticated, deadly thrill of Eve and Villanelle’s relationship is far from over. Told in Jenning’s stylish prose, Killing Eve: Endgame is another page turning chapter in the espionage exploits of Eve and Villanelle.

2. Wall of Silence by Tracy Buchanan

Her children have a deadly secret. Can she uncover it before the police do?
Melissa Byatt’s life in Forest Grove seems as perfect as can be: a doting husband, three loving children and a beautiful house in a close-knit community. But appearances can be deceiving.

One evening, Melissa arrives home to the unimaginable: her husband lies stabbed on the kitchen floor, their children standing calmly around him…With horror, she realises that one of them is to blame. But which one? And why would they attack their own father?

Her loyalties torn, in a split second she decides to protect her children at all costs—even if that means lying to the police. But when someone in the neighbourhood claims to know more than they should, Melissa discovers that some secrets are beyond her control…
Can she find out the truth of what happened before the rumours spread? And can the family unite to escape the spotlight of scandal—or are none of them as innocent as Melissa insists?

3. The Clutter Corpse by Simon Brett

Ellen Curtis runs her own business helping people who are running out of space. As a declutterer, she is used to encountering all sorts of weird and wonderful objects in the course of her work. What she has never before encountered is a dead body.

When Ellen stumbles across the body of a young woman in an over-cluttered flat, suspicion immediately falls on the deceased homeowner’s son, who has recently absconded from prison. No doubt Nate Ogden is guilty of many things – but is he really the killer? Discovering a link between the victim and her own past, Ellen sets out to uncover the truth. But where has her best friend disappeared to? And is Ellen really prepared for the shocking revelations to follow? 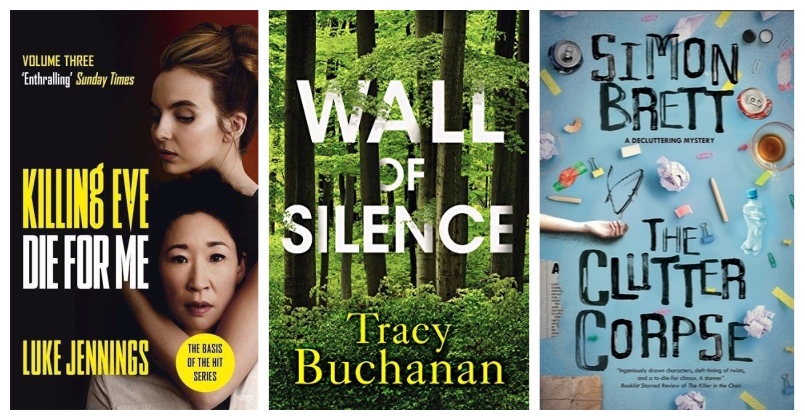 Wall of Silence.epub
713.42 KB
Please Share This
Related Posts
Many magazines
on the
→ MAGAZINELIB.COM
Book for today - 2019