Demitria Lunetta — In the End
Genre:

She thought it was the end of the world… But it was only the beginning of the end.

It’s been three months since Amy escaped New Hope. Since she’s seen Baby, or Kay, or Rice. And she’s been surviving on her own, like she did before she was “rescued” and taken to what she thought was a safe haven. Then, in the midst of foraging for supplies, her former fellow Guardian’s voice rings out in her earpiece. And in a desperate tone, Kay utters the four words Any had hoped she would never hear:

Now it’s a race against time, for Baby is in imminent danger, her life threatened by the malevolent doctor who had helped start the end of the world. In order to save Baby, Amy will have to make her way to Fort Black, a former prison-turned-survivor colony. There she will need to find Ken—Kay’s brother—for he holds the key to Baby’s survival.

But before she can do any of this, she’ll have to endure the darkest places—and people—of the prison. And one small slip-up could not only cost Baby and Amy their lives, but threaten the survival of he people in the After.

Demitria Lunetta has created an utterly compelling conclusion to the story she set forth in In the After. Readers of the Hunger Games trilogy will not be able to pit down this book, which is gripping beginning to end. 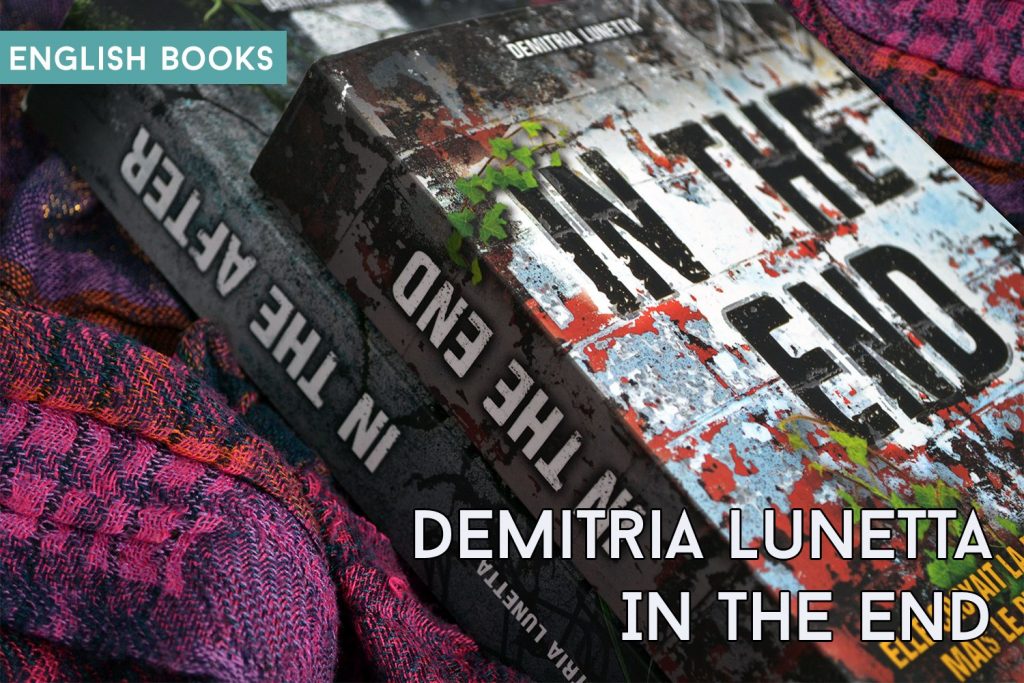 In the End.txt
458.32 KB
Please Share This
Related Posts
Many magazines
on the
→ MAGAZINELIB.COM
Book for today - 2019