In 1893, Sherlock Holmes and Henry James come to America together to investigate the suicide of Clover Adams, wife of the esteemed historian Henry Adams — a member of the family that has given the United States two Presidents. Quickly, the investigators deduce that there’s more to Clover’s death than meets the eye — with issues of national importance at stake.

Holmes is currently on his Great Hiatus — his three-year absence after Reichenbach Falls during which time the people of London believe him to be deceased. The disturbed Holmes has faked his own death and now, as he meets James, is questioning what is real and what is not.

Holmes’ theories shake James to the core. What can this master storyteller do to fight against the sinister power — possibly Moriarty — that may or may not be controlling them the shadows? And what was Holmes’ role in Moriarty’s rise?

Conspiracy, action and mystery meet in this superb literary hall of mirrors the author of Drood.

Dan Simmons was born in Peoria, Illinois, in 1948, and grew up in various cities and small towns in the Midwest. He received his Masters in Education Washington University in St. Louis in 1971. He worked in elementary education for eighteen years, winning awards for his innovative teaching, and became a full-time writer in 1987. Dan lives in Colorado with his wife, Karen, and has a daughter in her twenties. His books are published in twenty-nine counties and many of them have been optioned for film. 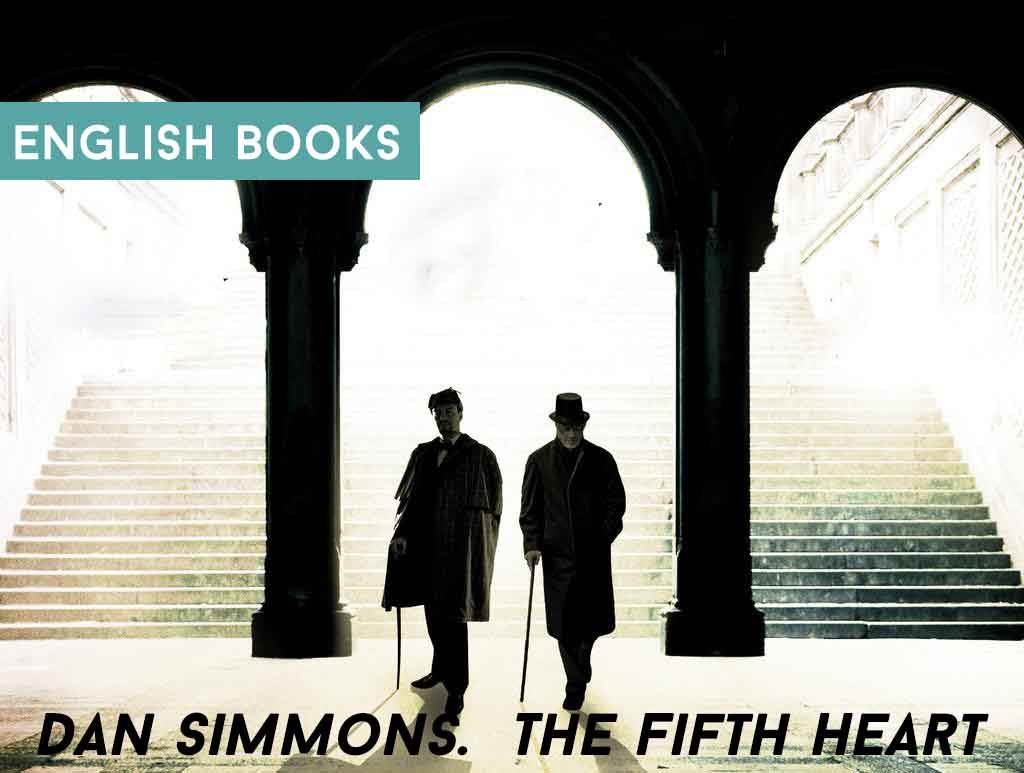 The Fifth Heart.txt
1.17 MB
Please Share This
Related Posts
Many magazines
on the
→ MAGAZINELIB.COM
Book for today - 2019