D. P. Prior – Return of the Dwarf Lords (Legends of the Nameless Dwarf 04)

The Nameless Dwarf: the name that is not a name, but is far better than the one he left behind. Freed from the curse that turned him into the butcher of his own kind, he once crossed half a world to protect those who had survived. Having worked out his penance and resettled his people in Arnoch, the ancient citadel of the Dwarf Lords, Nameless sets up home in the town of Brink. Now, with everything a dwarf could possibly wish for–a gym, a beer hall, and a bawdy house across the road–his new life is a welcome break from a decade of adventure. Then a blood-stained dwarf staggers into town with a message of doom: Arnoch has sunk beneath the waves, its last defense against the attack of a five-headed dragon. The one slender hope remaining to the dwarves lies in their distant past: the Dwarf Lords, who had been created for perils such as this. But for centuries, they have been in exile on Thanatos, a death-world likely to change even the greatest of heroes. With time running out for Arnoch, Nameless must find the Dwarf Lords and persuade them to come home. But before that, he first has to survive them. 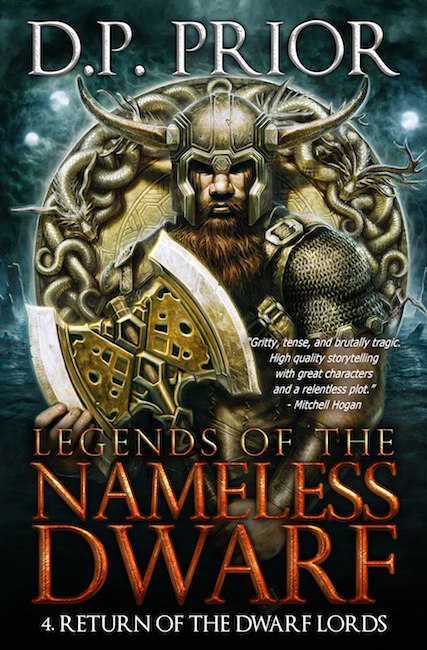 Prior - Return of the Dwarf Lords (Legends of the Nameless Dwarf 04).pdf
1.06 MB
Please Share This
Related Posts
Book for today - 2019