Czech, German, and Noble examines the intellectual ideas and political challenges that inspired patriotic activity among the Bohemian nobility, the infusion of national identity into public and institutional life, and the role of the nobility in crafting and supporting the national ideal within Habsburg Bohemia. Patriotic aristocrats created the visible and public institutional framework that cultivated national sentiment and provided the national movement with a degree of intellectual and social legitimacy. The book argues that the mutating identity of the aristocracy was tied both to insecurity and to a belief in the power of science to address social problems, commitment to the ideals of enlightenment as well as individual and social improvement, and profound confidence that progress was inevitable and that intellectual achievement would save society. The aristocrats who helped create, endow and nationalize institutions were a critical component of the public sphere and necessary for the nationalization of public life overall. The book explores the myriad reasons for aristocratic participation in new or nationalized institutions, the fundamental changes in legal and social status, new ideas about civic responsibility and political participation, and the hope of reform and fear of revolution. The book examines the sociability within and creation of nascent national institutions that incorporated fundamentally new ways of thinking about community, culture, competition, and status. The argument, that class mattered to the degree that it was irrelevant, intersects with several important historical questions beyond theories of nationalism, including debates about modernization and the longevity of aristocratic power, the nature of the public sphere and class, and the measurable impact of science and intellectual movements on social and political life. 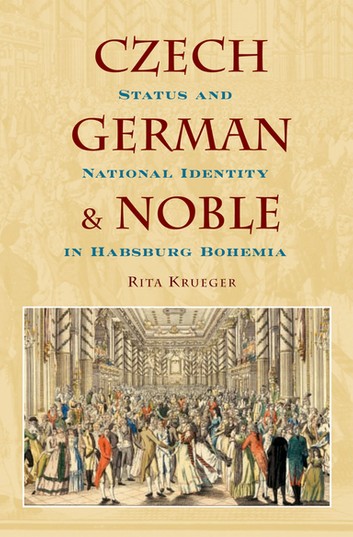 Czech, German, and Noble. Status and National Identity in Habsburg Bohemia.pdf
1.68 MB
Please Share This
Related Posts
Many magazines
on the
→ MAGAZINELIB.COM
Book for today - 2019-2022