Craig Daliessio – The Legend of Joey Trucks. The Accidental Mobster

He’s the most notorious mobster in the South… and he isn’t even in the mob!

Joe Mezilli is a great guy. Known to his friends as “Joey Trucks”, he’s a wonderful son, a terrific father, a loving husband and a trusted friend. He’s also a really great boss. He’s just not a MOB boss.

He is the third generation owner of “Mezilli Trash Hauling and cartage,” the largest independent trash hauling company in the Philadelphia area. His grandfather, Giuseppe,”Zippie” Mezilli, started the business with one beat up old truck and a legendary immigrant’s work ethic. His father, Giuseppe Jr. worked hard to keep things going and Joe came back from college and grew it into the success story it is. Life was good.

Then one day a lawyer from the giant waste management conglomerate “Waste International” makes Joe an offer he can’t refuse; 75 million dollars for the family business and Joe’s life changes forever.

He decides to move his young family out of the city and down to the tiny town of Forest, Virginia, nestled in the beautiful Blue Ridge Mountains, near where Joe went to college. He was young, rich, had a gorgeous wife and four beautiful kids…life couldn’t get any better.

What Joe didn’t realize was that his new neighbors have a problem…one of them thinks Joe is in the mob. Phil Lowery is an old retiree with a passion for eavesdropping and an obsession with mafia movies and TV shows. He see Joe doing what all Italians do, and thinks it’s Joe doing what all MOBSTERS do. The result is hysterical, lighthearted, and FUN! 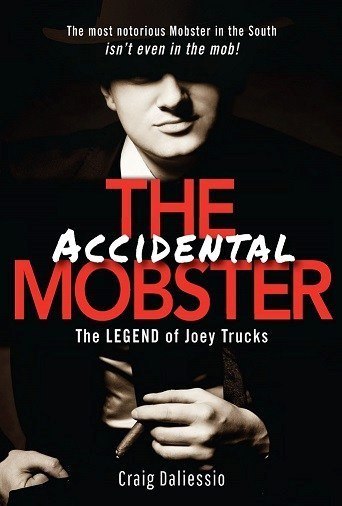 Craig Daliessio - The Legend of Joey Trucks. The Accidental Mobster.pdf
1.20 MB
Please Share This
Related Posts
Many magazines
on the
→ MAGAZINELIB.COM
Book for today - 2019