In this book, writer Cody Cassidy digs deep into the latest research to uncover the untold stories of some of these incredible innovators (or participants in lucky accidents). With a sharp sense of humor and boundless enthusiasm for the wonders of our ancient ancestors, Who Ate the First Oyster? profiles the perpetrators of the greatest firsts and catastrophes of prehistory, using the lives of individuals to provide a glimpse into ancient cultures, show how and why these critical developments occurred, and educate us on a period of time that until recently we’ve known almost nothing about.

For years John Moe, critically-acclaimed public radio personality and host of The Hilarious World of Depression podcast, struggled with depression; it plagued his family and claimed the life of his brother in 2007. As Moe came to terms with his own illness, he began to see similar patterns of behavior and coping mechanisms surfacing in conversations with others, including high-profile comedians who’d struggled with the disease. Moe saw that there was tremendous comfort and community in open dialogue about these shared experiences and that humor had a unique power. Thus was born the podcast The Hilarious World of Depression.

Inspired by the immediate success of the podcast, Moe has written a remarkable investigation of the disease, part memoir of his own journey, part treasure trove of laugh-out-loud stories and insights drawn from years of interviews with some of the most brilliant minds facing similar challenges. Throughout the course of this powerful narrative, depression’s universal themes come to light, among them, struggles with identity, lack of understanding of the symptoms, the challenges of work-life, self-medicating, the fallout of the disease in the lives of our loved ones, the tragedy of suicide, and the hereditary aspects of the disease.

The Hilarious World of Depression illuminates depression in an entirely fresh and inspiring way.

On the day Sam Waxworth arrives in New York to write for the Interviewer, a street-corner preacher declares that the world is coming to an end. A data journalist and recent media celebrity―he correctly forecast every outcome of the 2008 election―Sam knows a few things about predicting the future. But when projection meets reality, life gets complicated.

His first assignment for the Interviewer is a profile of disgraced political columnist Frank Doyle, known to Sam for the sentimental works of baseball lore that first sparked his love of the game. When Sam meets Frank at Citi Field for the Mets’ home opener, he finds himself unexpectedly ushered into Doyle’s crumbling family empire. Kit, the matriarch, lost her investment bank to the financial crisis; Eddie, their son, hasn’t been the same since his second combat tour in Iraq; Eddie’s best friend from childhood, the fantastically successful hedge funder Justin Price, is starting to see cracks in his spotless public image. And then there’s Frank’s daughter, Margo, with whom Sam becomes involved―just as his wife, Lucy, arrives from Wisconsin. While their lives seem inextricable, none of them know how close they are to losing everything, including each other.

Sweeping in scope yet meticulous in its construction, The Index of Self-Destructive Acts is a remarkable family portrait and a masterful evocation of New York City and its institutions. Over the course of a single baseball season, Christopher Beha traces the passing of the torch from the old establishment to the new meritocracy, exploring how each generation’s failure helped land us where we are today. Whether or not the world is ending, Beha’s characters are all headed to apocalypses of their own making. 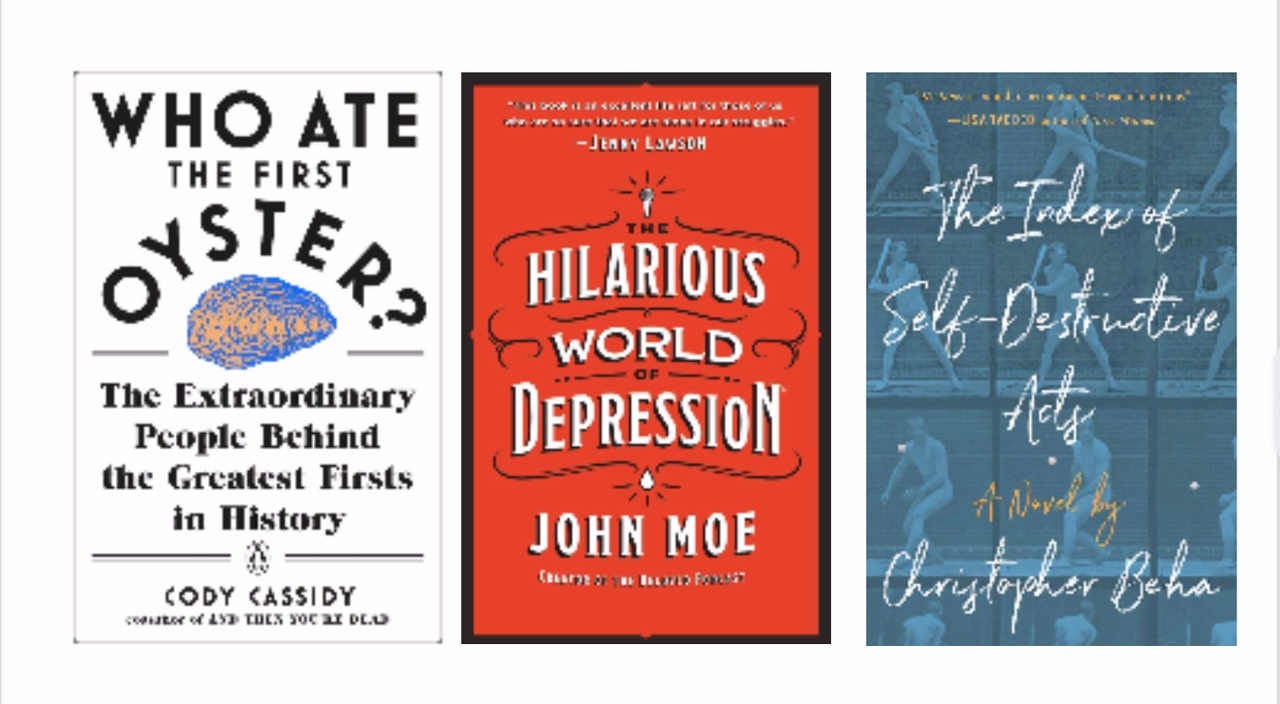 The_Index_of_Self-Destructive_Acts.pdf
3.09 MB
Please Share This
Related Posts
Many magazines
on the
→ MAGAZINELIB.COM
Book for today - 2019-2022