Music City Salvage is a family operation, owned and operated by Chuck Dutton: master stripper of doomed historic properties, and expert seller of all things old and crusty. But business is lean and times are tight, so he’s thrilled when the aged and esteemed Augusta Withrow appears in his office, bearing an offer he really ought to refuse. She has a massive family estate to unload―lock, stock, and barrel. For a check and a handshake, it’s all his.

It’s a big check. It’s a firm handshake. And it’s enough of a gold mine that he assigns his daughter Dahlia to personally oversee the project.

Dahlia preps a couple of trucks, takes a small crew, and they caravan down to Chattanooga, Tennessee, where the ancient Withrow house is waiting―and so is a barn, a carriage house, and a small, overgrown cemetery that Augusta Withrow left out of the paperwork.

Augusta Withrow left out a lot of things.

The property is in unusually great shape for a condemned building. It’s empty, but it isn’t abandoned. Something in the Withrow mansion is angry and lost. This is its last chance to raise hell before the house is gone forever, and there’s still plenty of room in the strange little family plot…

New from Cherie Priest,a modern master of supernatural fiction,The Family Plot is a haunted house story for the ages―atmospheric, scary, and strange, with a modern gothic sensibility that’s every bit as fresh as it is frightening. 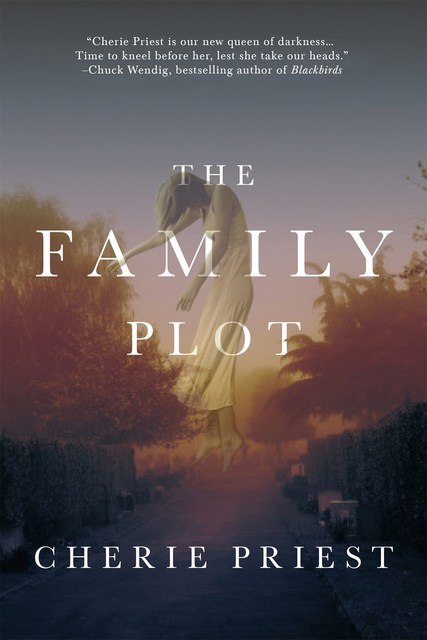 Cherie Priest - The Family Plot.epub
670.01 KB
Please Share This
Related Posts
Many magazines
on the
→ MAGAZINELIB.COM
Book for today - 2019