Description:Great Expectations is a novel by Charles Dickens first serialised in All the Year Round from 1 December 1860 to August 1861. It is regarded as one of his greatest and most sophisticated novels, and is one of his most enduringly popular novels.
Great Expectations is written in the genre of “bildungsroman” or the style of book that follows the story of a man or woman in their quest for maturity, usually starting from childhood ending in the main characters eventual adulthood. Great Expectations is the story of the orphan Pip, writing his life from his early days of childhood until adulthood and trying to be a gentleman along the way. The story can also be considered semi-autobiographical of Dickens, like much of his work, drawing on his experiences of life and people.
The action of the story takes place from Christmas Eve, 1812, when the protagonist is about seven years old, to the winter of 1840. 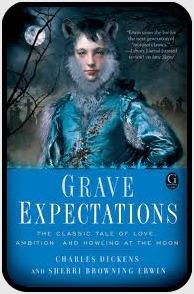 Great Expectations.fb2
1.30 MB
Please Share This
Related Posts
Many magazines
on the
→ MAGAZINELIB.COM
Book for today - 2019