This is a narrative political history of the northern Balkans in the period 900-1204. It treats the Balkans as the frontier of the Byzantine empire, and considers imperial relations with the peoples living in the Balkans, including the Serbs, Croats, Bulgarians and Hungarians. It also considers responses to invasions from beyond the frontier: by steppe nomads, from beyond the Danube, and by western powers through Hungary and across the Adriatic sea. The first four crusades, 1095-1204, are considered in some detail, and extensive use is made of archaeology. 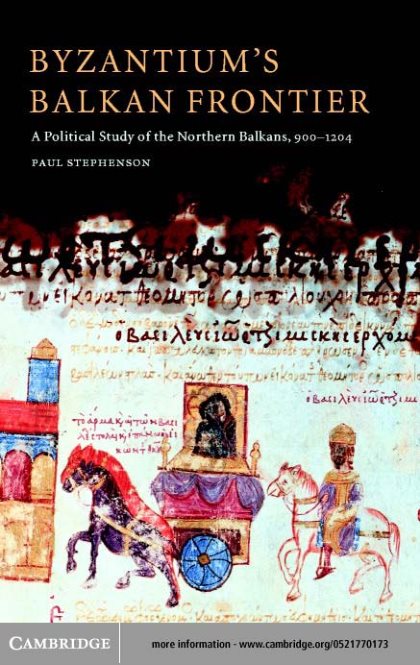 Byzantium's Balkan Frontier. A Political Study of the Northern Balkans, 900-1204.pdf
2.22 MB
Please Share This
Related Posts
Many magazines
on the
→ MAGAZINELIB.COM
Book for today - 2019-2022