Burn-In: A Novel of the Real Robotic Revolution by P.W. Singer, August Cole

An FBI agent hunts a new kind of terrorist through a Washington, DC, of the future in this groundbreaking book – at once a gripping technothriller and a fact-based tour of tomorrow

America is on the brink of a revolution, one both technological and political. The science fiction of AI and robotics has finally come true, but millions are angry and fearful that the future has left them behind.

After narrowly stopping a bombing at Washington’s Union Station, FBI Special Agent Lara Keegan receives a new assignment: to field-test an advanced police robot. As a series of shocking catastrophes unfolds, the two find themselves investigating a conspiracy whose mastermind is using cutting-edge tech to rip the nation apart. To stop this new breed of terrorist, their only hope is to forge a new type of partnership.

Burn-In is especially chilling because it is something more than a pulse-pounding read: every tech, trend, and scene is drawn from real world research on the ways that our politics, our economy, and even our family lives will soon be transformed. Blending a techno-thriller’s excitement with nonfiction’s insight, Singer and Cole illuminate the darkest corners of the world soon to come. 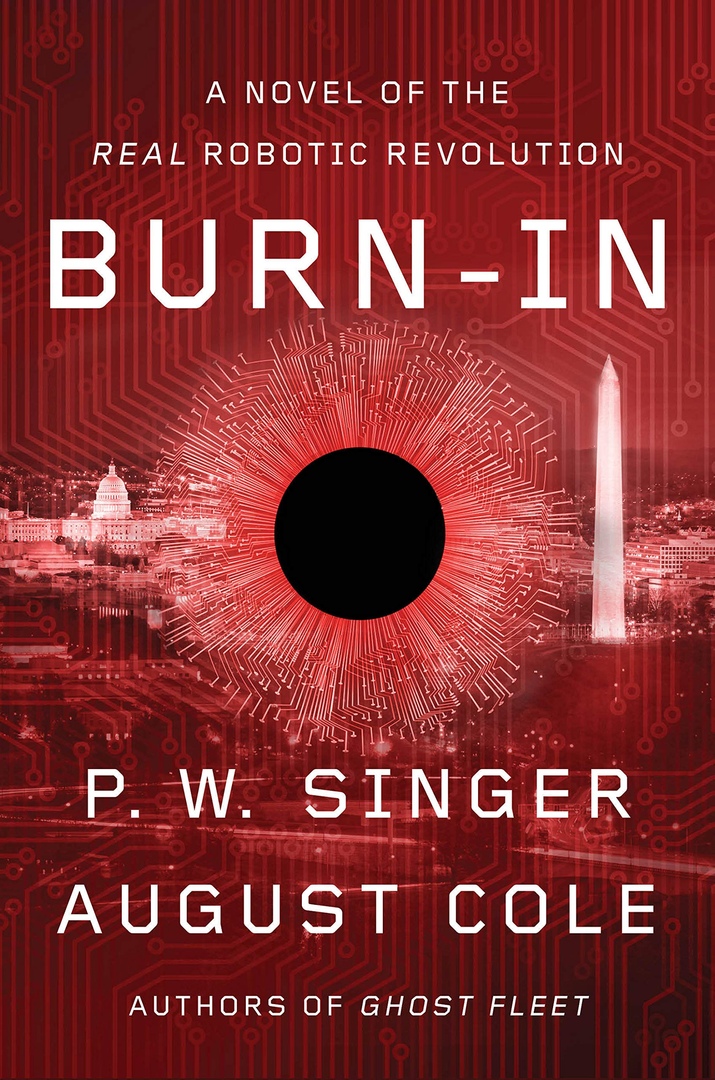