Graphic artist Clay Riddell was in the heart of Boston on that brilliant autumn afternoon when hell was unleashed before his eyes. Without warning, carnage and chaos reigned. Ordinary people fell victim to the basest, most animalistic destruction.

And the apocalypse began with the ring of a cell phone….

Synopsis: WANT TO GO FOR A RIDE…?
In a secret shed behind the barracks of the Pennsylvania State Police, Troop D, there’s a cherry Buick Roadmaster no one has touched in years — because there’s more power under the hood than anyone can handle….

Synopsis: Once upon a time, in the haunted city of Derry, four boys stood together and did a brave thing. Certainly a good thing, perhaps even a great thing. Something that changed them in ways they could never begin to understand.

Twenty-five years later, the boys are now men with separate lives and separate troubles. But the ties endure. Each hunting season the foursome reunite in the woods of Maine. This year, a stranger stumbles into their camp, disoriented, mumbling something about lights in the sky. His incoherent ravings prove to be disturbingly prescient. Before long, these men will be plunged into a horrifying struggle with a creature from another world. Their only chance of survival is locked in their shared past – and in the Dreamcatcher.

The Girl Who Loved Tom Gordon

Synopsis: Nine-year-old Trisha McFarland strays from the path while she and her recently divorced mother and brother take a hike along a branch of the Appalachian Trail. Lost for days, wandering farther and farther astray, Trisha has only her portable radio for comfort. A huge fan of Tom Gordon, a Boston Red Sox relief pitcher, she listens to baseball games and fantasizes that her hero will save her. Nature isn’t her only adversary, though – something dangerous may be tracking Trisha through the dark woods.

Synopsis: Four years after the sudden death of his wife, forty-year-old bestselling novelist Mike Noonan is still grieving. Unable to write, and plagued by vivid nightmares set at the western Maine summerhouse he calls Sara Laughs, Mike reluctantly returns to the lakeside getaway. There, he finds his beloved Yankee town held in the grip of a powerful millionaire, Max Devore, whose vindictive purpose is to take his three-year-old granddaughter, Kyra, away from her widowed young mother, Mattie. As Mike is drawn into Mattie and Kyra’s struggle, as he falls in love with both of them, he is also drawn into the mystery of Sara Laughs, now the site of ghostly visitations and escalating terrors. What are the forces that have been unleashed here—and what do they want of Mike Noonan? 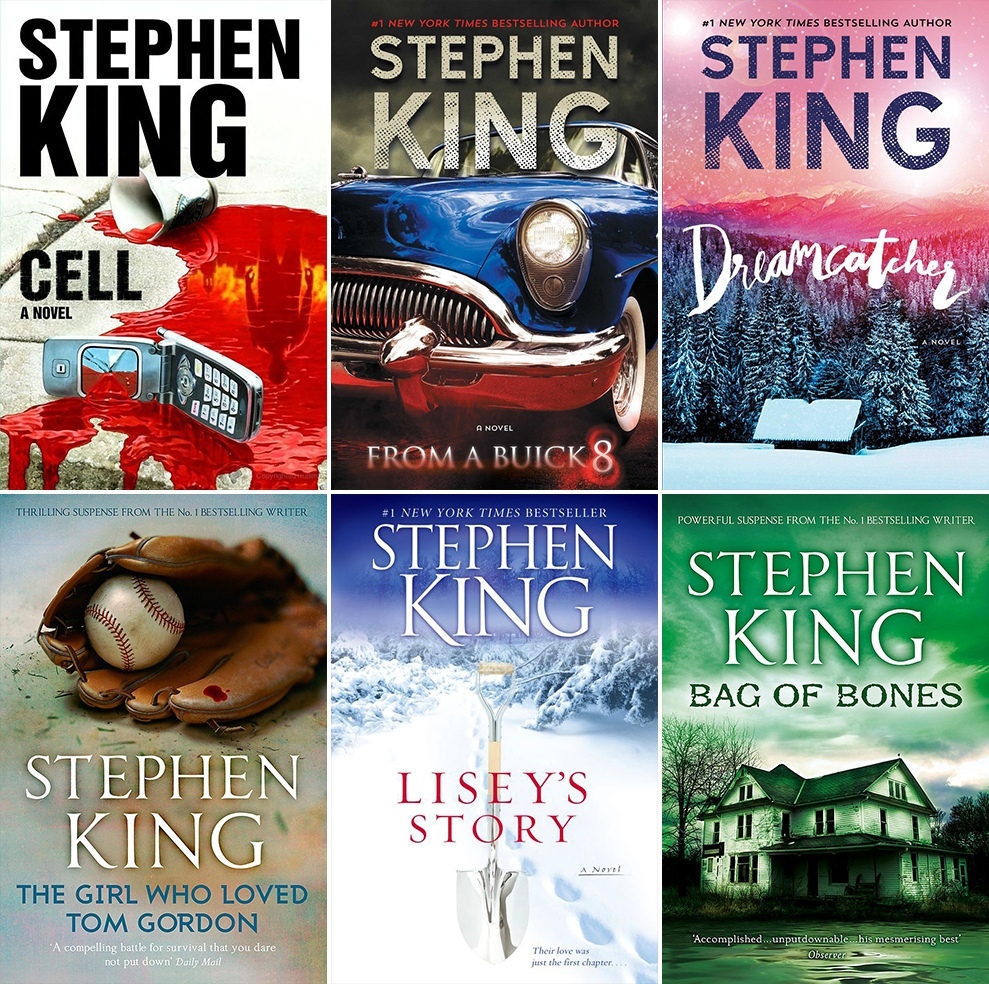 Bag of Bones - Stephen King.epub
1.68 MB
Please Share This
Related Posts
Many magazines
on the
→ MAGAZINELIB.COM
Book for today - 2019