Synopsis: Jack Torrance’s new job at the Overlook Hotel is the perfect chance for a fresh start. As the off-season caretaker at the atmospheric old hotel, he’ll have plenty of time to spend reconnecting with his family and working on his writing. But as the harsh winter weather sets in, the idyllic location feels ever more remote…and more sinister. And the only one to notice the strange and terrible forces gathering around the Overlook is Danny Torrance, a uniquely gifted five-year-old.

Synopsis: This is the way the world ends: with a nanosecond of computer error in a Defense Department laboratory and a million casual contacts that form the links in a chain letter of death.

And here is the bleak new world of the day after: a world stripped of its institutions and emptied of 99 percent of its people. A world in which a handful of panicky survivors choose sides or are chosen. A world in which good rides on the frail shoulders of the 108-year-old Mother Abigail and the worst nightmares of evil are embodied in a man with a lethal smile and unspeakable powers: Randall Flagg, the Dark Man.

Synopsis: ‘Salem’s Lot is a small New England town with white clapboard houses, tree-lined streets, and solid church steeples. That summer in ‘Salem’s Lot was a summer of home-coming and return; spring burned out and the land lying dry, crackling underfoot. Late that summer, Ben Mears returned to ‘Salem’s Lot hoping to cast out his own devils… and found instead a new unspeakable horror.

A stranger had also come to the Lot, a stranger with a secret as old as evil, a secret that would wreak irreparable harm on those he touched and in turn on those they loved.

All would be changed forever—Susan, whose love for Ben could not protect her; Father Callahan, the bad priest who put his eroded faith to one last test; and Mark, a young boy who sees his fantasy world become reality and ironically proves the best equipped to handle the relentless nightmare of ‘Salem’s Lot.

Synopsis: Carrie knew she should not use the terrifying power she possessed… But one night at her senior prom, Carrie was scorned and humiliated just one time too many, and in a fit of uncontrollable fury she turned her clandestine game into a weapon of horror and destruction…

Synopsis: The road in front of Dr. Louis Creed’s rural Maine home frequently claims the lives of neighborhood pets. Louis has recently moved from Chicago to Ludlow with his wife Rachel, their children and pet cat. Near their house, local children have created a cemetery for the dogs and cats killed by the steady stream of transports on the busy highway. Deeper in the woods lies another graveyard, an ancient Indian burial ground whose sinister properties Louis discovers when the family cat is killed.

Synopsis: Never trust your heart to the New York Times bestselling master of suspense, Stephen King. Especially with an anthology that features the classic stories “Children of the Corn,” “The Lawnmower Man,” “Graveyard Shift,” “The Mangler,” and “Sometimes They Come Back”-which were all made into hit horror films.

From the depths of darkness, where hideous rats defend their empire, to dizzying heights, where a beautiful girl hangs by a hair above a hellish fate, this chilling collection of twenty short stories will plunge readers into the subterranean labyrinth of the most spine-tingling, eerie imagination of our time. 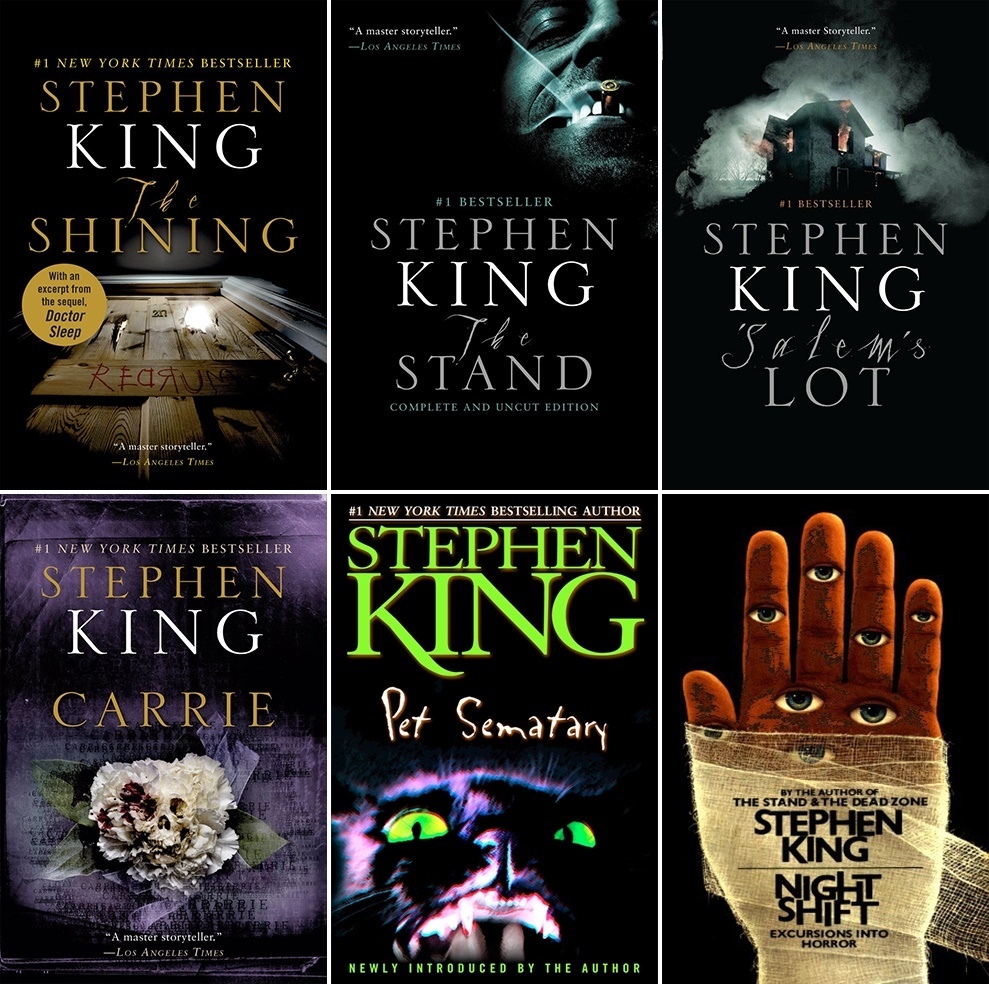 Night_Shift_-_Stephen_King.epub
343.53 KB
Please Share This
Related Posts
Many magazines
on the
→ MAGAZINELIB.COM
Book for today - 2019