This is a story about an accidental activist. Bill Browder started out his adult life as the Wall Street maverick whose instincts led him to Russia just after the breakup of the Soviet Union, where he made his fortune.

Along the way he exposed corruption, and when he did, he barely escaped with his life. His Russian lawyer Sergei Magnitsky wasn’t so lucky: he ended up in jail, where he was tortured to death. That changed Browder forever. He saw the murderous heart of the Putin regime and has spent the last half decade on a campaign to expose it. Because of that, he became Putin’s number one enemy, especially after Browder succeeded in having a law passed in the United States—The Magnitsky Act—that punishes a list of Russians implicated in the lawyer’s murder. Putin famously retaliated with a law that bans Americans from adopting Russian orphans.

A financial caper, a crime thriller, and a political crusade, Red Notice is the story of one man taking on overpowering odds to change the world, and also the story of how, without intending to, he found meaning in his life. 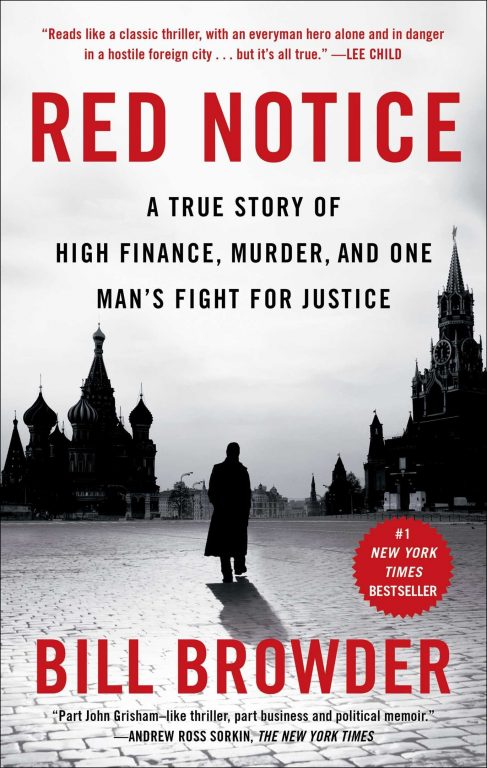 Red Notice.epub
603.77 KB
Please Share This
Related Posts
Many magazines
on the
→ MAGAZINELIB.COM
Book for today - 2019