1. Noah Hawley. Before the Fall
On a foggy summer night, eleven people–ten privileged, one down-on-his-luck painter–depart Martha’s Vineyard on a private jet headed for New York. Sixteen minutes later, the unthinkable happens: the plane plunges into the ocean. The only survivors are the painter Scott Burroughs and a four-year-old boy, who is now the last remaining member of an immensely wealthy and powerful media mogul’s family.

Was it by chance that so many influential people perished? Or was something more sinister at work? A storm of media attention brings Scott fame that quickly morphs into notoriety and accusations, and he scrambles to salvage truth from the wreckage. Amid trauma and chaos, the fragile relationship between Scott and the young boy grows and glows at the heart of this stunning novel, raising questions of fate, morality, and the inextricable ties that bind us together

2. Stephen King. End of Watch
Brady Hartsfield, perpetrator of the Mercedes Massacre, where eight people were killed and many more were badly injured, has been in the Traumatic Brain Injury Clinic for five years, in a vegetative state. According to his doctors, anything approaching a complete recovery is unlikely. But behind the drool and stare, Brady is awake, and in possession of deadly new powers that allow him to wreak unimaginable havoc without ever leaving his hospital room.

Retired police detective Bill Hodges, the unlikely hero of Mr. Mercedes and Finders Keepers, now runs an investigation agency with his partner, Holly Gibney, who delivered the blow to Hartsfield’s head that put him on the brain injury ward. Brady also remembers that. When Bill and Holly are called to a murder-suicide with ties to the Mercedes Massacre, they find themselves pulled into their most dangerous case yet, one that will put not only their lives at risk, but those of Hodges’s friend Jerome Robinson and his teenage sister, Barbara. Because Brady Hartsfield is back, and planning revenge not just on Bill Hodges and his friends, but on an entire city.

In End of Watch, Stephen King brings the Hodges trilogy to a sublimely terrifying conclusion, combining the detective fiction of Mr. Mercedes and Finders Keepers with the supernatural suspense that has been his trademark. The result is an unnerving look at human vulnerability and up-all-night entertainment.

3.Joseph Finder. Guilty Minds
New York Times bestselling author Joseph Finder delivers an exhilarating and timely thriller exploring how even the most powerful among us can be brought down by a carefully crafted lie and how the secrets we keep can never truly stay buried.

The chief justice of the Supreme Court is about to be defamed, his career destroyed, by a powerful gossip website that specializes in dirt on celebs and politicians. Their top reporter has written an exposé claiming that he had liaisons with an escort, a young woman prepared to tell the world her salacious tale. But the chief justice is not without allies and his greatest supporter is determined to stop the story in its tracks.

Nick Heller is a private spy—an intelligence operative based in Boston, hired by lawyers, politicians, and even foreign governments. A high-powered investigator with a penchant for doing things his own way, he’s called to Washington, DC, to help out in this delicate, potentially explosive situation.

Nick has just forty-eight hours to disprove the story about the chief justice. But when the call girl is found murdered, the case takes a dangerous turn, and Nick resolves to find the mastermind behind the conspiracy before anyone else falls victim to the maelstrom of political scandal and ruined reputations predicated upon one long-buried secret.

4. Elin Hilderbrand. Here’s to Us
Laurel Thorpe, Belinda Rowe, and Scarlett Oliver share only two things–a love for the man they all married, Deacon Thorpe–and a passionate dislike of one another. Their fragile detente threatens to come crashing down after Deacon’s tragic death in his favorite place on earth: Nantucket. Deacon’s final wish is for his makeshift family to assemble on the island to say goodbye. Begrudgingly, Laurel, Belinda, and Scarlett gather together as once again they’re left to pick up Deacon’s mess. Before the weekend is over, there are enough accusations, lies, tears, and drama to turn even the best of friends–let alone three women who married the same man–into adversaries. As his unlikely family says goodbye to the man who brought them together–for better or worse–will they be able to put aside their differences long enough to raise a glass in Deacon’s honor?

5. Stephanie Danler. Sweetbitter
Newly arrived in New York City, twenty-two-year-old Tess lands a job working front of house at a celebrated downtown restaurant. What follows is her education: in champagne and cocaine, love and lust, dive bars and fine dining rooms, as she learns to navigate the chaotic, enchanting, punishing life she has chosen. The story of a young woman’s coming-of-age, set against the glitzy, grimy backdrop of New York’s most elite restaurants, in Sweetbitter Stephanie Danler deftly conjures the nonstop and high-adrenaline world of the food industry and evokes the infinite possibilities, the unbearable beauty, and the fragility and brutality of being young and adrift.

6. Daniel Silva. The Black Widow»
Gabriel Allon, the art restorer, spy, and assassin described as the most compelling fictional creation “since Ian Fleming put down his martini and invented James Bond” (Rocky Mountain News), is poised to become the chief of Israel’s secret intelligence service. But on the eve of his promotion, events conspire to lure him into the field for one final operation. ISIS has detonated a massive bomb in the Marais district of Paris, and a desperate French government wants Gabriel to eliminate the man responsible before he can strike again.

7. Paula Hawkins. The Girl on the Train
EVERY DAY THE SAME
Rachel takes the same commuter train every morning and night. Every day she rattles down the track, flashes past a stretch of cozy suburban homes, and stops at the signal that allows her to daily watch the same couple breakfasting on their deck. She’s even started to feel like she knows them. Jess and Jason, she calls them. Their life—as she sees it—is perfect. Not unlike the life she recently lost.
UNTIL TODAY
And then she sees something shocking. It’s only a minute until the train moves on, but it’s enough. Now everything’s changed. Unable to keep it to herself, Rachel goes to the police. But is she really as unreliable as they say? Soon she is deeply entangled not only in the investigation but in the lives of everyone involved. Has she done more harm than good?

8. Emma Cline. The Girls
Northern California, during the violent end of the 1960s. At the start of summer, a lonely and thoughtful teenager, Evie Boyd, sees a group of girls in the park, and is immediately caught by their freedom, their careless dress, their dangerous aura of abandon. Soon, Evie is in thrall to Suzanne, a mesmerizing older girl, and is drawn into the circle of a soon-to-be infamous cult and the man who is its charismatic leader. Hidden in the hills, their sprawling ranch is eerie and run down, but to Evie, it is exotic, thrilling, charged—a place where she feels desperate to be accepted. As she spends more time away from her mother and the rhythms of her daily life, and as her obsession with Suzanne intensifies, Evie does not realize she is coming closer and closer to unthinkable violence.

9. Cynthia D’Aprix Sweeney. The Nest
Every family has its problems. But even among the most troubled, the Plumb family stands out as spectacularly dysfunctional. Years of simmering tensions finally reach a breaking point on an unseasonably cold afternoon in New York City as Melody, Beatrice, and Jack Plumb gather to confront their charismatic and reckless older brother, Leo, freshly released from rehab. Months earlier, an inebriated Leo got behind the wheel of a car with a nineteen-year-old waitress as his passenger. The ensuing accident has endangered the Plumbs joint trust fund, “The Nest” which they are months away from finally receiving. Meant by their deceased father to be a modest mid-life supplement, the Plumb siblings have watched The Nest’s value soar along with the stock market and have been counting on the money to solve a number of self-inflicted problems. 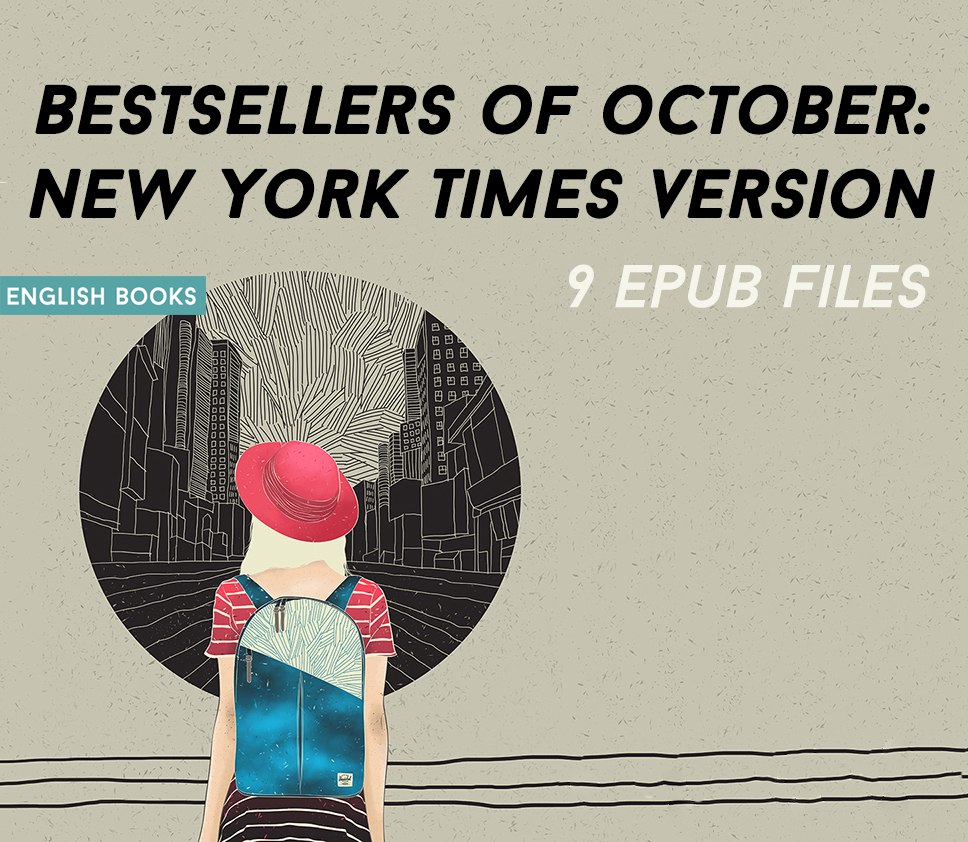 The Nest.epub
1.88 MB
Please Share This
Related Posts
Many magazines
on the
→ MAGAZINELIB.COM
Book for today - 2019