Be Very Afraid: The Cultural Response to Terror, Pandemics, Environmental Devastation, Nuclear Annihilation, and Other Threats by Robert Wuthnow

Overview: The atomic era that began with the bombing of Hiroshima sparked a flurry of activity, ranging from duck and cover drills, basement bomb shelters, and marches for a nuclear freeze.

All were arguably ineffectual, yet each sprang from an innate desire to take action. It would be one thing if our responses were merely pointless, Wuthnow observes, but they can actually be harmful. Both the public and policymakers tend to model reactions to grave threats on how we met previous ones. The response to the terrorist attacks of 9/11, for example, echoed the Cold War citizens went out to buy duct tape, mimicking 1950s era civil defense measures, and the administration launched two costly conflicts overseas. Offering insight into our responses to everything from An Inconvenient Truth to the bird and swine flu epidemics, Robert Wuthnow provides a profound new understanding of the human reaction to existential vulnerability. 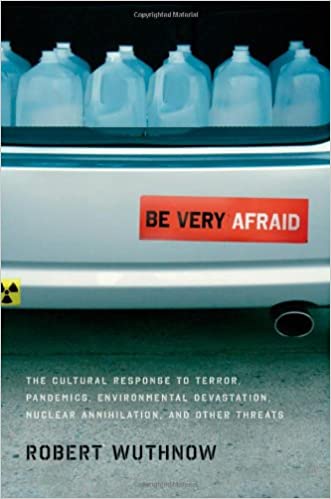 Robert_Wuthnow_-_Be_Very_Afraid_UserUpload.Net.pdf
3.30 MB
Please Share This
Related Posts
Many magazines
on the
→ MAGAZINELIB.COM
Book for today - 2019-2022