Private investigator and ex-soldier Lee Arnold and police superintendent Paul Venus are by no means friends, but when Venus’ son Harry is kidnapped and ransom demands arrive from an address in Arnold’s patch in east London, the superintendent doesn’t know who else to turn to.

Arnold and his Muslim assistant Mumtaz Hakim soon find themselves chasing leads into several of the East End’s uneasily coexisting communities. Mumtaz uncovers a link to one of the area’s powerful Bangladeshi families, whose property empire has always seemed suspicious, while Arnold suspects the involvement of more old-fashioned East End gangsters, and wonders if some of the nastier rumours about Venus himself might be true.

And neither Mumtaz nor Lee like the look of the children of the super-rich, arriving in droves in the trendy parts of Hoxton and Shoreditch and living in luxury just a stone’s throw from grinding urban poverty.

The truth, however, is stranger and more dangerous than either Arnold or Hakim imagine.

Enough Rope is a powerful and thrilling novel of London’s ever-evolving dark side. 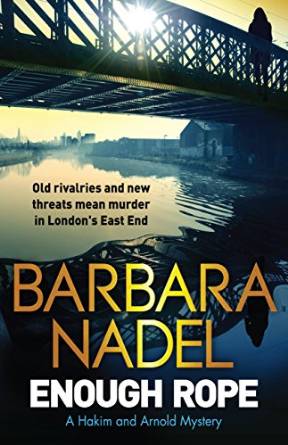