Barbara Graziosi – The Gods of Olympus

The gods of Olympus are the most colorful characters of Greek civilization: even in antiquity, they were said to be cruel, oversexed, mad, or just plain silly. Yet for all their foibles and flaws, they proved to be tough survivors, far outlasting classical Greece itself. In Egypt, the Olympian gods claimed to have given birth to pharaohs; in Rome, they led respectable citizens into orgiastic rituals of drink and sex. Under Christianity and Islam they survived as demons, allegories, and planets; and in the Renaissance, they triumphantly emerged as ambassadors of a new, secular belief in humanity. Their geographic range, too, has been little short of astounding: in their exile, the gods and goddesses of Olympus have traveled east to the walls of cave temples in China and west to colonize the Americas. They snuck into Italian cathedrals, haunted Nietzsche, and visited Borges in his restless dreams.

In a lively, original history, Barbara Graziosi offers the first account to trace the wanderings of these protean deities through the millennia. Drawing on a wide range of literary and archaeological sources, The Gods of Olympus opens a new window on the ancient world, religion, mythology, and its lasting influence. 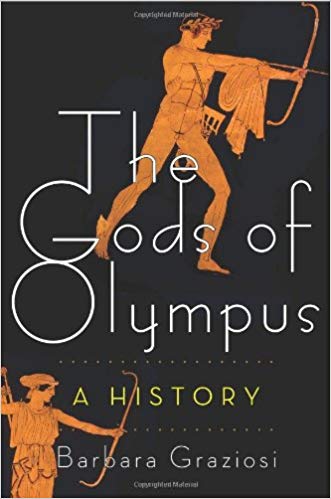 The_Gods_of_Olympus.pdf
2.84 MB
Please Share This
Related Posts
Many magazines
on the
→ MAGAZINELIB.COM
Book for today - 2019-2022