Amelia Pang – Made in China

In 2012, an Oregon mother named Julie Keith opened up a package of Halloween decorations. The cheap foam headstones had been five dollars at Kmart, too good a deal to pass up. But when she opened the box, something shocking fell out: an SOS letter, handwritten in broken English.

“Sir: If you occassionally buy this product, please kindly resend this letter to the World Human Right Organization. Thousands people here who are under the persicuton of the Chinese Communist Party Government will thank and remember you forever.”

The note’s author, Sun Yi, was a mild-mannered Chinese engineer turned political prisoner, forced into grueling labor for campaigning for the freedom to join a forbidden meditation movement. He was imprisoned alongside petty criminals, civil rights activists, and tens of thousands of others the Chinese government had decided to “reeducate,” carving foam gravestones and stitching clothing for more than fifteen hours a day.

In Made in China, investigative journalist Amelia Pang pulls back the curtain on Sun’s story and the stories of others like him, including the persecuted Uyghur minority group whose abuse and exploitation is rapidly gathering steam. What she reveals is a closely guarded network of laogai—forced labor camps—that power the rapid pace of American consumerism. Through extensive interviews and firsthand reportage, Pang shows us the true cost of America’s cheap goods and shares what is ultimately a call to action—urging us to ask more questions and demand more answers from the companies we patronize. 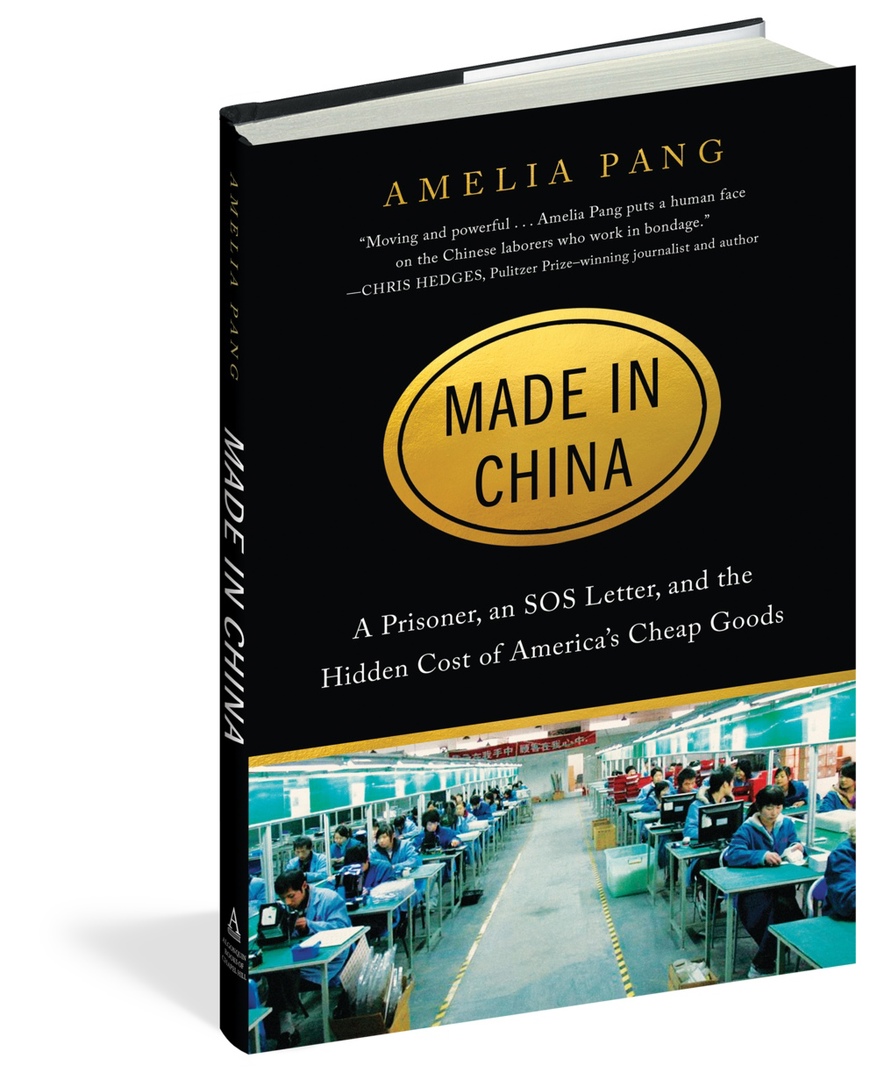