New authors and collections. Visitors from other planets have long obsessed us. H.G. Wells’ War of Worlds spawned a huge wave of speculative fiction but the roots of such fears run deep in our literature, where the mysteries of other cultures have long threatened the familiar and the comfortable. Did aliens build the ancient pyramids? do they live amongst us today? what happens when they invade? And are they just the people from the next valley? or country? or planet? Would it be an inevitable act of aggression, one of assistance and care, or simply a reminder of our paltry existence in a crowded universe?
Flame Tree’s successful Gothic Fantasy series brings a brilliant new mix of classic and new writing, in this beautiful edition.

The Taking of Ireland by Anonymous
A House of Her Own by Bo Balder
Sin Nombre by Jennifer Rachel Baumer
The Battle of Dorking by George Chesney
The Thing from – ‘Outside’ by George Allan England
The Man who Saved the Earth by Austin Hall
Long as I Can See the Light by Maria Haskins
Blind Jump by Suo Hefu (索何夫)
Home is a House That Loves You by Rachael K. Jones
Being Here by Claude Lalumière
Water Scorpions by Rich Larson
The Shadow over Innsmouth by H.P. Lovecraft
The Shadow Out of Time by H.P. Lovecraft
The Hunted by Angus McIntyre
The Metal Monster by A. Merritt
Last Breath Day by Stephen G. Parks
The Merger by Sunil Patel
Some Things I Probably Should Have Mentioned Earlier by Laura Pearlman
Outvasion by Tim Pieraccini
The Germ Growers by Robert Potter
Lovers at Dawn by Eric Reitan
Edison’s Conquest of Mars by Garrett P. Serviss
Gulliver’s Travels by Jonathan Swift
Micromégas by Voltaire
Dark Mirrors by John Walters
The War of the Worlds by H.G. Wells
What Survives of Us by S.A. Westerley
Jars for Their Eyes by William R.D. Wood 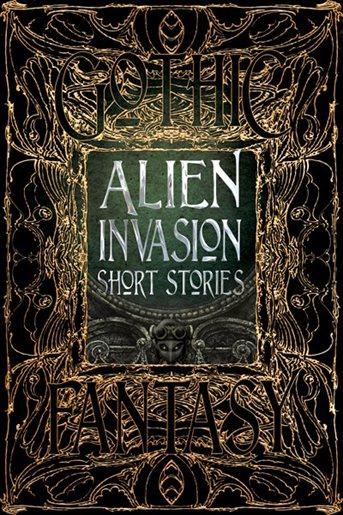 Alien Invasion.epub
8.28 MB
Please Share This
Related Posts
Many magazines
on the
→ MAGAZINELIB.COM
Book for today - 2019-2022