A Season Among Psychics by Elizabeth Greene

Judith, at fifty, feels that her life is irremediably stalled, and she is depressed. Although she has a secure job teaching English at a university, she is the single mother of a son on the autistic spectrum who has been lurching through the school system, year by year. He is a non-reader, and she is worried that ninth grade English may be too much for him. Because of the demands of work and mothering, she is isolated. Buried under the surface of her life, is her longing to write, and her deep feelings for Brian, a man who taught her in a creative writing program, and with whom she has telepathic connection.

When Judtih meets Rosetta Kempffer at a psychic fair, she doesn’t imagine that anything could change a life that seems so hopelessly stuck. Rosetta suggests Judith take a course from her in psychic healing, and although Judith is skeptical, she signs up, not expecting it to make a bit of difference. Yet, during the course, Judith learns not only techniques and awareness of healing, but also the truth of “things not seen with the bodily vision.” As the course progresses, Judith becomes more appreciative of her non-academic classmates and she begins to see the connection between teaching and healing, as well as the truth of a relationship that exists mostly in the astral realm.
The core of the book is Judith’s journey, and the journey of the other students in the class, through the course. At the end of the course, Judith finds that she can use some of these techniques to relieve her son’s stress and help his brain reconfigure in a way that facilitates reading. She also encounters Brian, the man she feels so connected to, and it finally seems possible to her that their relationship may become more meaningful. 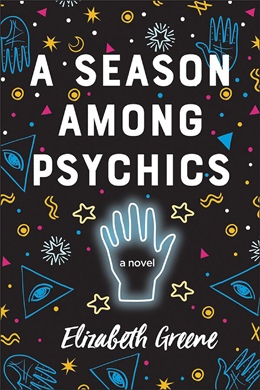 Season Among Psychics (1).epub
1.28 MB
Please Share This
Related Posts
Many magazines
on the
→ MAGAZINELIB.COM
Book for today - 2019-2022