A Muse and a Maze: Writing as Puzzle, Mystery, and Magic

“He’s done it again. Peter Turchi, the best-selling author who inspires artists, designers, and anyone trying to understand how to capture an audience’s imagination through storytelling, has written a book that aligns the art of literature with puzzle creation and illusions.”-World Literature Today

In A Muse and a Maze, Peter Turchi draws out the similarities between writing and puzzle-making and its flip-side, puzzle-solving. As he teases out how mystery lies at the heart of all storytelling, he uncovers the magic-the creation of credible illusion-that writers share with the likes of Houdini and master magicians. In Turchi’s associative narrative, we learn about the history of puzzles, their obsessive quality, and that Benjamin Franklin was a devotee of an ancient precursor of sudoku called Magic Squares. Applying this rich backdrop to the requirements of writing, Turchi reveals as much about the human psyche as he does about the literary imagination and the creative process. 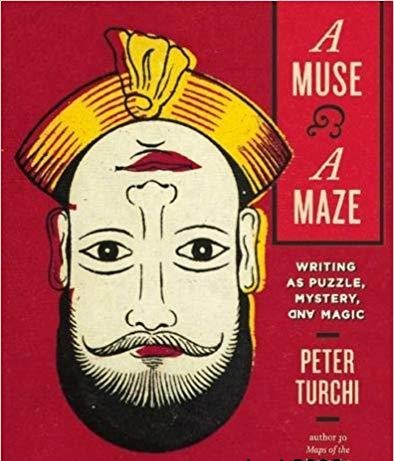 A Muse and a Maze Writing as Puzzle, Mystery, and Magic.epub
10.30 MB
Please Share This
Related Posts
Many magazines
on the
→ MAGAZINELIB.COM
Book for today - 2019-2022