A fairy tale for adults

1.Diana Wynne Jones. Howl’s Moving Castle
In the land of Ingary where seven-league boots and cloaks of invisibility really exist Sophie Hatter attracts the unwelcome attention of the Witch of the Waste, who puts a curse on her. Determined lo make the best of things, Sophie travels to the one place where she might get help – the moving castle which hovers on the nearby hills.
But the castle belongs to the dreaded Wizard Howl whose appetite, they say, is satisfied only by the hearts of young girls.

2. Edith Pattou. East
n the rural villages of Norway, there is an ancient belief that children inherit the qualities of the direction in which they are born. Nymah Rose, the last daughter of eight siblings born to a poor mapmaker and his superstitious wife, was a North-born baby. It is said that North-born babies are wild, unpredictable, intelligent, and destined to break their mothers’ hearts because they all leave hearth and home to travel to the far ends of the earth. To keep her close, Rose’s mother lied and told her she had been born of the obedient and pliable East. But destiny cannot be denied. One day, a great white bear comes to the mapmaker’s door to claim Rose’s birthright.

3. Erin Morgenstern. The Night Circus
In 1886, a mysterious travelling circus becomes an international sensation. Open only at night, constructed entirely in black and white, Le Cirque des Rêves delights all who wander its circular paths and warm themselves at its bonfire. Although there are acrobats, fortune-tellers and contortionists, the Circus of Dreams is no conventional spectacle. Some tents contain clouds, some ice. The circus seems almost to cast a spell over its aficionados, who call themselves the rêveurs – the dreamers. At the heart of the story is the tangled relationship between two young magicians, Celia, the enchanter’s daughter, and Marco, the sorcerer’s apprentice. At the behest of their shadowy masters, they find themselves locked in a deadly contest, forced to test the very limits of the imagination, and of their love…A fabulous, fin-de-siècle feast for the senses and a life-affirming love story, The Night Circus is a captivating novel that will make the real world seem fantastical and a fantasy world real.

4. John Connolly. The Book of Lost Things
High in his attic bedroom, twelve-year-old David mourns the death of his mother, with only the books on his shelf for company. But those books have begun to whisper to him in the darkness. Angry and alone, he takes refuge in his imagination and soon finds that reality and fantasy have begun to meld. While his family falls apart around him, David is violently propelled into a world that is a strange reflection of his own – populated by heroes and monsters and ruled by a faded king who keeps his secrets in a mysterious book, The Book of Lost Things.

5. Neil Gaiman. Neverwhere
Neverwhere’s protagonist, Richard Mayhew, learns the hard way that no good deed goes unpunished. He ceases to exist in the ordinary world of London Above, and joins a quest through the dark and dangerous London Below, a shadow city of lost and forgotten people, places, and times. His companions are Door, who is trying to find out who hired the assassins who murdered her family and why; the Marquis of Carabas, a trickster who trades services for very big favors; and Hunter, a mysterious lady who guards bodies and hunts only the biggest game. London Below is a wonderfully realized shadow world, and the story plunges through it like an express passing local stations, with plenty of action and a satisfying conclusion.

6. Peter S. Beagle. The Last Unicorn
The plot is a classic quest structure—an impossible goal, a motley company, heroes, villains, monsters, magic, desperate chances, bittersweet success. The last unicorn in the world sets out from her enchanted forest to discover the fate of her kin. She finds danger and challenges. She acquires companions. She battles evil, loses, suffers a form of exile [as she] becomes, briefly and agonizingly, human… What makes THE LAST UNICORN unique is the way Mr. Beagle transcends the ordinary fantasy quest trope with his incomparable storytelling skill. The book is a triumph…. the writing is as precise and beautiful as mosaic tiles, as colored glass backed by gold, sharp and glittering. Part of the wonder is the effortless way Mr. Beagle combines fairy-tale imagery with matter-of-fact modernity. He slides from heroic fantasy to laugh-out-loud funny: a sorcerer confronts an enemy with ‘demons, metamorphoses, paralyzing ailments and secret judo holds’; a prince rides home singing in harmony with the severed ogre’s head lashed to his saddle. The story has an intimacy and immediacy that captivates the reader. You don’t read this with the futile wish that such things would happen to you—you read it and believe, at once, that they could

8. Susanna Clarke. Black Heart, Ivory Bones
This sixth anthology in the adult fairy-tale series by acclaimed editors Ellen Datlow and Terri Windling presents another diverse collection of stories and poems loosely based on folklore traditions around the world. Readers familiar with previous books in the series will recognize the names of many regular contributors, including Tanith Lee, Jane Yolen, Esther Friesner, and Joyce Carol Oates, as well as works Neil Gaiman, Charles de Lint, and others. Tanith Lee’s “Rapunzel” opens the collection with a charmingly simple reconstruction of that classic fairy tale. Esther Friesner’s “Big Hair” takes the same theme into the present with less cheerful results. Greg Costikyan considers the fate of an ensorcelled sleeping beauty dug up by archaeologists centuries later in “And Still She Sleeps,” while Jane Yolen’s “Snow in Summer” turns the tables on Snow White’s evil stepmother with a deep-dish apple pie and a fry pan. Scott Bradfield’s “Goldilocks Tells All” is especially memorable for its Jerry Springer-like portrayal of the ultimate dysfunctional family. Leah Cutter considers the loneliness of living under a curse in her Texas two-step story “The Red Boots.” Severna Park’s feminist “The Golem” revives a Jewish folktale, while Bryn Kanar’s haunting “Dreaming Among Men” draws on Native American legend. Howard Waldrop’s “Our Mortal Span” is perhaps the most unique story here, a surprising blend of black comedy, killer-robot story, and fairy tale. While on the whole this collection isn’t as strong as previous volumes, it still delivers a fine array of thoughtful writing on some of the best-known-and yet unknown-stories we love.

9. William Goldman. The Princess Bride
What happens when the most beautiful girl in the world marries the handsomest prince of all time and he turns out to be…well…a lot less than the man of her dreams?
As a boy, William Goldman claims, he loved to hear his father read the “S. Morgenstern classic, The Princess Bride. But as a grown-up he discovered that the boring parts were left out of good old Dad’s recitation, and only the “good parts” reached his ears.
Now Goldman does Dad one better. He’s reconstructed the “Good Parts Version” to delight wise kids and wide-eyed grownups everywhere.
What’s it about? Fencing. Fighting. True Love. Strong Hate. Harsh Revenge. A Few Giants. Lots of Bad Men. Lots of Good Men. Five or Six Beautiful Women. Beasties Monstrous and Gentle. Some Swell Escapes and Captures. Death, Lies, Truth, Miracles, and a Little Sex. 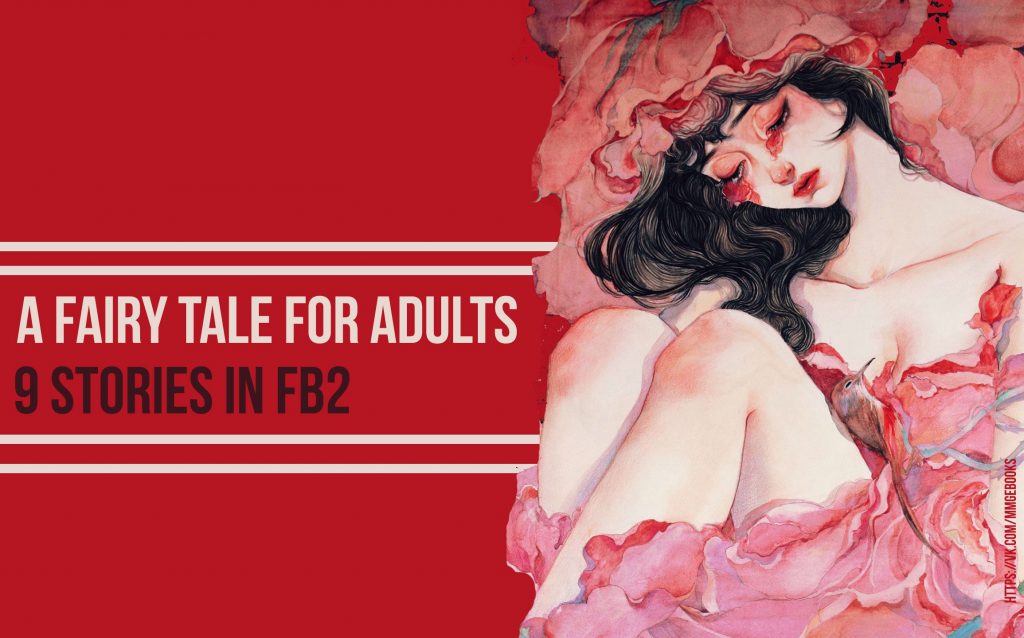 William Goldman. The Princess Bride.fb2
936.30 KB
Please Share This
Related Posts
Many magazines
on the
→ MAGAZINELIB.COM
Book for today - 2019-2022