Only slightly smaller in size than the United States, Brazil is the fifth largest country in the world. It is home to exotic Rio de Janeiro, the mighty Amazon River, the world-renowned Carnival, and of course, its shrinking rainforests. A Brief History of Brazil offers a concise yet comprehensive account of the rich and varied history of Brazil, placing the political, economic, and cultural events of today into broad historical context. The book opens with an overview of pre-colonial Brazil and goes on to examine the history of Portuguese exploration, through the early years of the slave trade between Africa and the Americas, and the creation of the largest slaveholding society in the modern world. During this era, a vibrant African culture left its mark, joined by influences from European, Asian, and Middle Eastern immigrants, all of which combined to create modern Brazil. After a short-lived First Republic at the turn of the twentieth century, Brazil experienced more than three decades of military dictatorship before it developed the vibrant democracy that characterizes the country today. “”A Brief History of Brazil”” also examines key historical figures and the hallmarks of Brazilian popular culture: soccer, Carnival, music, and television. 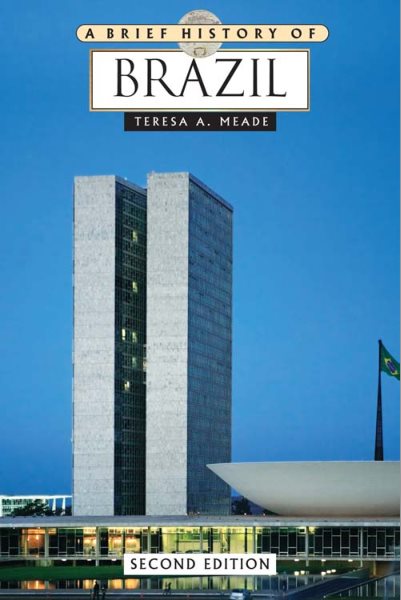