1. The Terror. Dan Simmons
As advanced an enterprise as had ever set forth, Sir John Franklin’s 1845 expedition in search of the fabled North-West Passage had every expectation of triumph. But for almost two years his ships Terror and Erebus have been trapped in the Arctic ice. Coal and provisions are running low. Yet the real threat isn’t from the constantly shifting landscape, the flesh-numbing temperatures or the vessels being slowly crushed by the unyielding, frozen ocean. No, the real threat is far more terrifying. There is something out there in the frigid darkness, stalking the ships, snatching men – mutilating, devouring. A nameless thing, at once nowhere and everywhere, this terror has become the expedition’s nemesis. When Franklin meets a terrible death, it falls to Captain Francis Crozier of HMS Terror to take command and lead the surviving crew on a last, desperate attempt to escape south. As scurvy, starvation and madness take their toll, so the terror on the ice becomes ever more bold…

2. Shane Jones. Light Boxes
Jones’s brief and bewildering war fable pursues the plight of a town battling to free itself from the brutal hold of the month of February (also sometimes a person or a force or merely a metaphor), a meanie that has not allowed its wintry grip to lift for hundreds of days. When the despairing townspeople, led by valiant Thaddeus Lowe and his wife and daughter, suffer reprisals from February and the priests for trying to break the weather, a group of former balloonists don bird masks and, calling themselves the Solution, instigate a rebellion. Thaddeus’s daughter, Bianca, is kidnapped, along with other children, leading Thaddeus to plot ways to deceive February: townspeople walk around pretending it’s summer and secure light boxes around their heads to simulate the sun. February, meanwhile, may simply be feeling unloved by his wife, the girl who smells of honey and smoke and who seems eerily like Bianca. It’s a quaint and bizarre allegory that explores the perils of equivocation, but it’s likely more pleased with its own cleverness than readers will be. (June)

3. Odd and the Frost Giants. Neil Gaiman
In this inventive, short, yet perfectly formed novel inspired by traditional Norse mythology, Neil Gaiman takes readers on a wild and magical trip to the land of giants and gods and back. In a village in ancient Norway lives a boy named Odd, and he’s had some very bad luck: His father perished in a Viking expedition; a tree fell on and shattered his leg; the endless freezing winter is making villagers dangerously grumpy. Out in the forest Odd encounters a bear, a fox, and an eagle—three creatures with a strange story to tell. Now Odd is forced on a stranger journey than he had imagined—a journey to save Asgard, city of the gods, from the Frost Giants who have invaded it. It’s going to take a very special kind of twelve-year-old boy to outwit the Frost Giants, restore peace to the city of gods, and end the long winter. Someone cheerful and infuriating and clever… Someone just like Odd

4. The Left Hand of Darkness. Ursula K. Le Guin
When The Left Hand of Darkness first appeared in 1969, the original jacket copy read, “Once in a long while a whole new world is created for us. Such worlds are Middle Earth, Dune—and such a world is Winter.” Twenty-five years and a Hugo and Nebula Award later, these words remain true. In Winter, or Gethen, Ursula K. Le Guin has created a fully realized planet and people. But Gethen society is more than merely a fascinating creation. The concept of a society existing totally without sexual prejudices is even more relevant today than it was in 1969. This special 25th anniversary edition of The Left Hand of Darkness contains not only the complete, unaltered text of the landmark original but also a thought-provoking new afterword and four new appendixes by Ms. Le Guin.
When the human ambassador Genly Ai is sent to Gethen, the planet known as Winter by those outsiders who have experienced its arctic climate, he thinks that his mission will be a standard one of making peace between warring factions. Instead the ambassador finds himself wildly unprepared. For Gethen is inhabited by a society with a rich, ancient culture full of strange beauty and deadly intrigue—a society of people who are both male and female in one, and neither. This lack of fixed gender, and the resulting lack of gender-based discrimination, is the very cornerstone of Gethen life. But Genly is all too human. Unless he can overcome his ingrained prejudices about the significance of “male” and “female,” he may destroy both his mission and himself.

5. Snow. Orhan Pamuk
Dread, yearning, identity, intrigue, the lethal chemistry between secular doubt and Islamic fanaticism–these are the elements that Orhan Pamuk anneals in this masterful, disquieting novel. An exiled poet named Ka returns to Turkey and travels to the forlorn city of Kars. His ostensible purpose is to report on a wave of suicides among religious girls forbidden to wear their head-scarves. But Ka is also drawn by his memories of the radiant Ipek, now recently divorced. Amid blanketing snowfall and universal suspicion, Ka finds himself pursued by figures ranging from Ipek’s ex-husband to a charismatic terrorist. A lost gift returns with ecstatic suddenness. A theatrical evening climaxes in a massacre. And finding god may be the prelude to losing everything else. Touching, slyly comic, and humming with cerebral suspense, Snow is of immense relevance to our present moment.

6. Terminal Freeze. Lincoln Child
Lincoln Child weaves cutting-edge science, Native American legend, and a stunningly stark landscape into a thrilling novel of suspense, using all the skill and attention to detail that has won him legions of fans. The expedition changes suddenly on a routine foray into a glacial ice cave, where the group makes an astonishing find: an ancient animal encased in solid ice. It appears to be some kind of giant cat, possibly a saber-toothed tiger. When their discovery is reported back, their parent company quickly plans the ultimate spectacle – the animal will be cut from the ice, thawed, and revealed on live television. Ignoring the dire warnings of a local Eskimo group (and a native legend forecasting doom for anyone who disturbs this mythic creature), the scientists make one more horrifying discovery: the beast is no cat. It’s an ancient killing machine. And it may not be dead. Alaska ‘s Federal Wilderness Zone. Two hundred miles north of the Arctic Circle. One of the most remote places on Earth. But for a group of scientists sponsored by a major media conglomerate, an expedition to the Zone represents the opportunity of a lifetime to study the effects of global warming.

7. The Memory Keeper’s Daughter. Kim Edwards
Kim Edwards’s stunning novel begins on a winter night in 1964 in Lexington, Kentucky, when a blizzard forces Dr. David Henry to deliver his own twins. His son, born first, is perfectly healthy, but the doctor immediately recognizes that his daughter has Down syndrome. Rationalizing it as a need to protect Norah, his wife, he makes a split second decision that will alter all of their lives forever. He asks his nurse, Caroline, to take the baby away to an institution and never to reveal the secret. Instead, she disappears into another city to raise the child herself. So begins this beautifully told story that unfolds over a quarter of a century—in which these two families, ignorant of each other, are yet bound by the fateful decision made that winter night long ago.

A family drama, The Memory Keeper’s Daughter explores every mother’s silent fear: What would happen if you lost your child and she grew up without you? It is also an astonishing tale of love and how the mysterious ties that hold a family together help us survive the heartache that occurs when long-buried secrets are finally uncovered.

8. Skipping Christmasю John Grisham
For all its clever curmudgeonly edge and minor charms, no way does this Christmas yarn from Grisham rank with A Christmas Carol, as the publisher claims. Nor does it rank with Grisham’s own best work. The premise is terrific, as you’d expect from Grisham. Fed up with the commercial aspects of Christmas, particularly all the money spent, and alone for the holiday for the first time in decades (their daughter has just joined the Peace Corps), grumpy Luther Krank and his sweeter wife, Nora, decide to skip Christmas this year to forgo the gifts, the tree, the decorations, the cards, the parties and to spend the dollars saved on a 10-day Caribbean cruise. But as clever as this setup is, its elaboration is ho-hum. There’s a good reason why nearly all classic Christmas tales rely on an element of fantasy, for, literarily at least, Christmas is a time of miracles. Grisham sticks to the mundane, however, and his story lacks magic for that. He does a smartly entertaining job of satirizing the usual Christmas frenzy, as Luther and Nora resist entreaties from various charities as well as increasing pressure from their neighbors (all sharply drawn, recognizable members of the generic all-American burb, the book’s setting) to do up their house in the traditional way, including installing the giant Frosty that this year adorns the roof of every home on the block except theirs. And when something happens that prompts the Kranks to jump back into Christmas at the last minute, Grisham does slip in a celebration of the real spirit of Christmas, to the point of perhaps squeezing a tear or two from his most sentimental readers (even if he comes uncomfortably close to It’s a Wonderful Life to do so). But it’s too little, too late. The misanthropy in this short novel makes a good antidote to the more cloying Christmas tales, and the book is fun to read. To compare it to Dickens, however, is…humbug. 1.5-million first printing.

9. Appointment in Samarra. John O’Hara
The writer whom Fran Lebowitz called “the real F. Scott Fitzgerald” makes his Penguin Classics debut with this beautiful deluxe edition of his best-loved book.

One of the great novels of small-town American life, Appointment in Samarra is John O’Hara’s crowning achievement. In December 1930, just before Christmas, the Gibbsville, Pennsylvania, social circuit is electrified with parties and dances. At the center of the social elite stand Julian and Caroline English. But in one rash moment born inside a highball glass, Julian breaks with polite society and begins a rapid descent toward self-destruction.

Brimming with wealth and privilege, jealousy and infidelity, O’Hara’s iconic first novel is an unflinching look at the dark side of the American dream—and a lasting testament to the keen social intelligence if a major American writer. 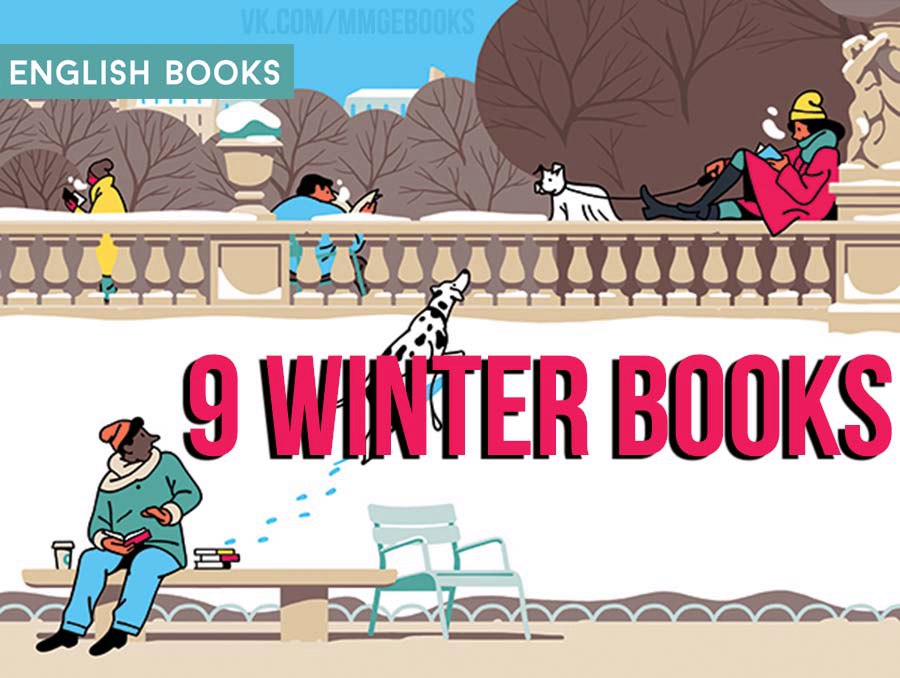 John O'Hara Appointment in Samarra.fb2
498.32 KB
Please Share This
Related Posts
Many magazines
on the
→ MAGAZINELIB.COM
Book for today - 2019-2022