1. All the Light We Cannot See by Anthony Doerr
From the highly acclaimed, multiple award-winning Anthony Doerr, the stunningly beautiful instant New York Times bestseller about a blind French girl and a German boy whose paths collide in occupied France as both try to survive the devastation of World War II.

Marie-Laure lives in Paris near the Museum of Natural History, where her father works. When she is twelve, the Nazis occupy Paris and father and daughter flee to the walled citadel of Saint-Malo, where Marie-Laure’s reclusive great uncle lives in a tall house by the sea. With them they carry what might be the museum’s most valuable and dangerous jewel.

In a mining town in Germany, Werner Pfennig, an orphan, grows up with his younger sister, enchanted by a crude radio they find that brings them news and stories from places they have never seen or imagined. Werner becomes an expert at building and fixing these crucial new instruments and is enlisted to use his talent to track down the resistance. Deftly interweaving the lives of Marie-Laure and Werner, Doerr illuminates the ways, against all odds, people try to be good to one another.

2. Catch-22 by Joseph Heller
Set in Italy during World War II, this is the story of the incomparable, malingering bombardier, Yossarian, a hero who is furious because thousands of people he has never met are trying to kill him. But his real problem is not the enemy—it is his own army, which keeps increasing the number of missions the men must fly to complete their service. Yet if Yossarian makes any attempt to excuse himself from the perilous missions he’s assigned, he’ll be in violation of Catch-22, a hilariously sinister bureaucratic rule: a man is considered insane if he willingly continues to fly dangerous combat missions, but if he makes a formal request to be removed from duty, he is proven sane and therefore ineligible to be relieved.

3. The Guns of Navarone by Alistair MacLean
The classic World War II thriller from the acclaimed master of action and suspense. Now reissued in a new cover style.

Twelve hundred British soldiers isolated on the small island of Kheros off the Turkish coast, waiting to die. Twelve hundred lives in jeopardy, lives that could be saved if only the guns could be silenced. The guns of Navarone, vigilant, savage and catastrophically accurate. Navarone itself, grim bastion of narrow straits manned by a mixed garrison of Germans and Italians, an apparently impregnable iron fortress. To Captain Keith Mallory, skllled saboteur, trained mountaineer, fell the task of leading the small party detailed to scale the vast, impossible precipice of Navarone and to blow up the guns. The Guns of Navarone is the story of that mission, the tale of a calculated risk taken in the time of war…

4. Life After Life by Kate Atkinson
On a cold and snowy night in 1910, Ursula Todd is born, the third child of a wealthy English banker and his wife. She dies before she can draw her first breath. On that same cold and snowy night, Ursula Todd is born, lets out a lusty wail, and embarks upon a life that will be, to say the least, unusual. For as she grows, she also dies, repeatedly, in any number of ways. Ursula’s world is in turmoil, facing the unspeakable evil of the two greatest wars in history. What power and force can one woman exert over the fate of civilization — if only she has the chance?
Wildly inventive, darkly comic, startlingly poignant — this is Kate Atkinson at her absolute best.

5. Schindler’s List by Thomas Keneally
A stunning novel based on the true story of how German war profiteer and factory director Oskar Schindler came to save more Jews from the gas chambers than any other single person during World War II. In this milestone of Holocaust literature, Thomas Keneally, author of Daughter of Mars, uses the actual testimony of the Schindlerjuden—Schindler’s Jews—to brilliantly portray the courage and cunning of a good man in the midst of unspeakable evil.

6. Flyboys: A True Story of Courage by James Bradley
This acclaimed bestseller brilliantly illuminates a hidden piece of World War II history as it tells the harrowing true story of nine American airmen shot down in the Pacific. One of them, George H. W. Bush, was miraculously rescued. What happened to the other eight remained a secret for almost 60 years.

After the war, the American and Japanese governments conspired to cover up the shocking truth, and not even the families of the airmen were informed of what happened to their sons. Their fate remained a mystery–until now.

7. The Zookeeper’s Wife by Diane Ackerman
A true story in which the keepers of the Warsaw Zoo saved hundreds of people from Nazi hands.
After their zoo was bombed, Polish zookeepers Jan and Antonina Zabinski managed to save over three hundred people from the Nazis by hiding refugees in the empty animal cages. With animal names for these “guests,” and human names for the animals, it’s no wonder that the zoo’s code name became “The House Under a Crazy Star.” Best-selling naturalist and acclaimed storyteller Diane Ackerman combines extensive research and an exuberant writing style to re-create this fascinating, true-life story―sharing Antonina’s life as “the zookeeper’s wife,” while examining the disturbing obsessions at the core of Nazism.

8. The Boy in the Striped Pajamas by John Boyne
Berlin, 1942: When Bruno returns home from school one day, he discovers that his belongings are being packed in crates. His father has received a promotion and the family must move to a new house far, far away, where there is no one to play with and nothing to do. A tall fence stretches as far as the eye can see and cuts him off from the strange people in the distance.

But Bruno longs to be an explorer and decides that there must be more to this desolate new place than meets the eye. While exploring his new environment, he meets another boy whose life and circumstances are very different from his own, and their meeting results in a friendship that has devastating consequences.

9. A Thread of Grace by Mary Doria Russell
Set in Italy during the dramatic finale of World War II, this new novel is the first in seven years by the bestselling author of The Sparrow and Children of God.
It is September 8, 1943, and fourteen-year-old Claudette Blum is learning Italian with a suitcase in her hand. She and her father are among the thousands of Jewish refugees scrambling over the Alps toward Italy, where they hope to be safe at last, now that the Italians have broken with Germany and made a separate peace with the Allies. The Blums will soon discover that Italy is anything but peaceful, as it becomes overnight an open battleground among the Nazis, the Allies, resistance fighters, Jews in hiding, and ordinary Italian civilians trying to survive.
Mary Doria Russell sets her first historical novel against this dramatic background, tracing the lives of a handful of fascinating characters. Through them, she tells the little-known but true story of the network of Italian citizens who saved the lives of forty-three thousand Jews during the war’s final phase. The result of five years of meticulous research, A Thread of Grace is an ambitious, engrossing novel of ideas, history, and marvelous characters that will please Russell’s many fans and earn her even more. 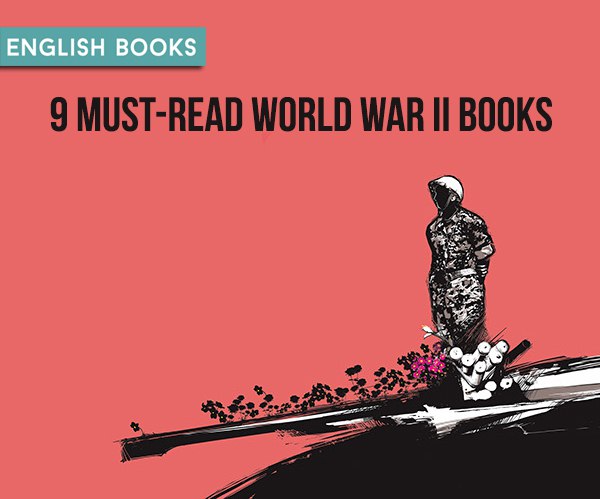 A Thread of Grace.epub
622.55 KB
Please Share This
Related Posts
Many magazines
on the
→ MAGAZINELIB.COM
Book for today - 2019