1. Jerome D. Salinger. The Catcher in the Rye
The Catcher in Rye is the ultimate novel for disaffected youth, but it’s relevant to all ages. The story is told by Holden Caulfield, a seventeen- year-old dropout who has just been kicked out of his fourth school. Throughout, Holden dissects the ‘phony’ aspects of society, and the ‘phonies’ themselves: the headmaster whose affability depends on the wealth of the parents, his roommate who scores with girls using sickly-sweet affection.

2. Jack Kerouac. On the Road
Sal Paradise, young and innocent, joins the slightly crazed Dean Moriarty on a breathless, exuberant ride back and forth across the United States. Their hedonistic search for release or fulfilment through drink, sex, drugs and jazz becomes an exploration of personal freedom, a test of the limits of the American Dream.

3. W. S. Maugham. Theatre
Julia Lambert is in her prime, the greatest actress in England. Off stage, however, she is bored with her handsome husband, coquettish and undisciplined. She is at first flattered and amused by the attentions of an eager young fan, but before long Julia is amazed to find herself falling wildly, dangerously, in love.

4. Jerome K.Jerome. Three men in a boat
Martyrs to hypochondria and general seediness, J. and his friends George and Harris decide that a jaunt up the Thames would suit them to a ‘T’. But when they set off, they can hardly predict the troubles that lie ahead with tow-ropes, unreliable weather forecasts and tins of pineapple chunks—not to mention the devastation left in the wake of J.’s small fox-terrier Montmorency.

5. Joseph Rudyard Kipling. The Jungle Books
Mowgli, lost in the deep jungle as a child, is adopted into a family of wolves. Hunted by Shere Khan, the Bengal tiger, Mowgli is allowed to run with the wolf pack under the protection of Bagheera, the black panther, and Baloo, the brown bear who teaches wolf cubs the Laws of the Jungle. Through his many adventures, Mowgli evolves from a vengeful member of the pack to a just and compassionate human being who at last returns to join – perhaps to lead – his own kind.

6. Douglas Adams. The Hitchhiker’s Guide to the Galaxy
Join Douglas Adams’s hapless hero Arthur Dent as he travels the galaxy with his intrepid pal Ford Prefect, getting into horrible messes and generally wreaking hilarious havoc. Dent is grabbed from Earth moments before a cosmic construction team obliterates the planet to build a freeway. You’ll never read funnier science fiction; Adams is a master of intelligent satire, barbed wit, and comedic dialogue. The Hitchhiker’s Guide is rich in comedic detail and thought-provoking situations and stands up to multiple reads. Required reading for science fiction fans, this book (and its follow-ups) is also sure to please fans of Monty Python, Terry Pratchett’s Discworld series, and British sitcoms.

7. Kurt Vonnegut. Cat’s Cradle
Dr Felix Hoenikker, one of the founding fathers of the atomic bomb, has left a deadly legacy to the world. For he is the inventor of Ice-nine, a lethal chemical capable of freezing the entire planet. The search for its whereabouts leads to Hoenikker’s three eccentric children, to a crazed dictator in the Caribbean, to madness. Will Felix Hoenikker’s death wish come true? Will his last, fatal gift to humankind bring about the end that, for all of us, is nigh? Told with deadpan humour and bitter irony, Kurt Vonnegut’s cult tale of global apocalypse preys on our deepest fears of witnessing the end and, worse still, surviving it…

8. Ernest Hemingway. For Whom the Bell Tolls
High in the pine forests of the Spanish Sierra, a band of anti-fascist guerrilla prepares to blow up a strategically vital bridge. Robert Jordan, a young American volunteer, has been sent to handle the dynamiting. There, in the mountains, he finds the dangers and the intense comradeship of war. And there he discovers Maria, a young woman who has escaped from Franco’s rebels.

9. Harper Lee . To Kill a Mockingbird
Lawyer Atticus Finch defends the real mockingbird of Harper Lee’s classic, Puliter Prize-winning novel-a black man charged with the rape of a white woman. Through the eyes of Atticus’s children, Scout and Jem Finch, Harper Lee explores with rich humor and unanswering honesty the irrationality of adult attitudes toward race and class in the Deep South of the 1930’s. Author Biography: Harper Lee was born in 1926 in Monroeville, Alabama, where she attended local schools and the University of Alabama. She has been awarded the Pulitzer Prize, three honarary degrees, and many other literart awards. Winner of the 1961 Pulitzer Prize for Literature, Fiction. 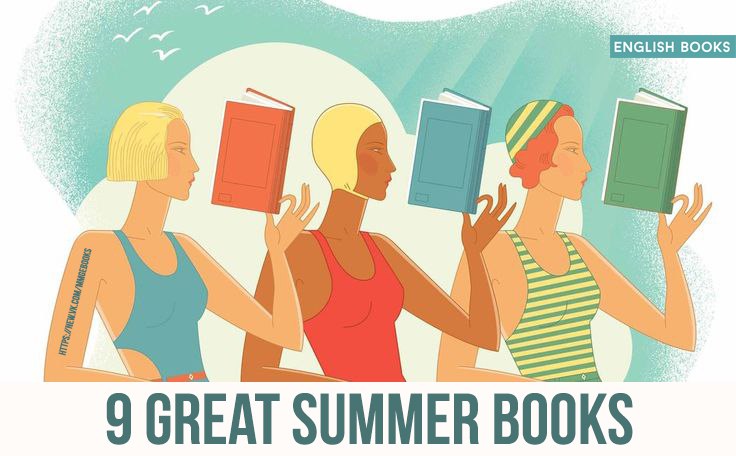 Harper_Lee_-_To_Kill_a_Mockingbird.fb2
626.93 KB
Please Share This
Related Posts
Many magazines
on the
→ MAGAZINELIB.COM
Book for today - 2019