1. Anthony Burgess. A Clockwork Orange
Fifteen-year-old Alex doesn’t just like ultra-violence – he also enjoys rape, drugs and Beethoven’s Ninth. He and his gang rampage through a dystopian future, hunting for terrible thrills. But when Alex finds himself at the mercy of the state and subject to the ministrations of Dr Brodsky, the government psychologist, he discovers that fun is no longer the order of the day…

2. Aldous Huxley. Brave New World
Aldous Huxley is rightly considered a prophetic genius and one of the most important literary and philosophical voices of the 20th Century, and Brave New World is his masterpiece. From the author of The Doors of Perception, Island, and countless other works of fiction, non-fiction, philosophy, and poetry, comes this powerful work of speculative fiction that has enthralled and terrified readers for generations. Brave New World remains absolutely relevant to this day as both a cautionary dystopian tale in the vein of the George Orwell classic 1984, and as thought-provoking, thoroughly satisfying entertainment.

3. Ray Bradbury. Fahrenheit 451
Guy Montag is a fireman. In his world, where television rules and literature is on the brink of extinction, firemen start fires rather than put them out. His job is to destroy the most illegal of commodities, the printed book, along with the houses in which they are hidden.

Montag never questions the destruction and ruin his actions produce, returning each day to his bland life and wife, Mildred, who spends all day with her television “family.” But then he meets an eccentric young neighbor, Clarisse, who introduces him to a past where people didn’t live in fear and to a present where one sees the world through the ideas in books instead of the mindless chatter of television.

When Mildred attempts suicide and Clarisse suddenly disappears, Montag begins to question everything he has ever known. He starts hiding books in his home, and when his pilfering is discovered, the fireman has to run for his life.

4. William Golding. Lord of the Flies
Lord of the Flies remains as provocative today as when it was first published in 1954, igniting passionate debate with its startling, brutal portrait of human nature. Though critically acclaimed, it was largely ignored upon its initial publication. Yet soon it became a cult favorite among both students and literary critics who compared it to J.D. Salinger’s The Catcher in the Rye in its influence on modern thought and literature.

5. Kazuo Ishiguro. Never Let Me Go
From The Booker Prize-Winning Author of The Remains of the Day comes a devastating new novel of innocence, knowledge, and loss. As children Kathy, Ruth, and Tommy were students at Hailsham, an exclusive boarding school secluded in the English countryside. It was a place of mercurial cliques and mysterious rules where teachers were constantly reminding their charges of how special they were.
Now, years later, Kathy is a young woman. Ruth and Tommy have reentered her life. And for the first time she is beginning to look back at their shared past and understand just what it is that makes them special-and how that gift will shape the rest of their time together. Suspenseful, moving, beautifully atmospheric. Never Let Me Go administers its revelations as precisely as drops of acid.

6. Kurt Vonnegut . Player Piano
Kurt Vonnegut’s first novel spins the chilling tale of engineer Paul Proteus, who must find a way to live in a world dominated by a supercomputer and run completely by machines. Paul’s rebellion is vintage Vonnegut—wildly funny, deadly serious, and terrifyingly close to reality.

7. Suzanne Collins. The Hunger Games
Katniss is a 16-year-old girl living with her mother and younger sister in the poorest district of Panem, the remains of what used be the United States. Long ago the districts waged war on the Capitol and were defeated. As part of the surrender terms, each district agreed to send one boy and one girl to appear in an annual televised event called, “The Hunger Games”. The terrain, rules, and level of audience participation may change but one thing is constant: kill or be killed. When Kat’s sister is chosen by lottery, Kat steps up to go in her place.

8. James Dashner . The Maze Runner
When Thomas wakes up in the lift, the only thing he can remember is his first name. He has no recollection of his parents, his home, or how he got where he is. His memory is blank. But he’s not alone. When the lift’s doores open, thomas finds himself surrounded by kids who welcome him to the Glade, a large expanse enclosed by stone walls.
Just like Thomas, the Gladers don’t know why or how they got to the Glade. All they know is that every morning, for as long as anyone can remember, the stone doors to the maze that surrounds them have opened. Every night, for just as long, they’ve closed tight. Every thirty days a new boy is delivered in the lift. And no one wants to be stuck in the Maze after dark.
The Gladers were expecting Thomas’s arrival. But the next day, a girl is sent up – the first girl ever to arrive in the Glade. And more surprising yet is the message she delivers. The Glader have always been convinced that if they can solve the maze that surrounds the Glade, they might find their way home… wherever that may be. But it’s looking more and more as if the Maze is unsolvable.

9. Cormac McCarthy. The Road
Ask any literary critic–& most discerning readers–to name the greatest living American novelist, & Cormac McCarthy is sure to surface as a major contender. Best known for his powerful regional fiction (Sutree, the Border Trilogy, Blood Meridian et al), this dazzling prose stylist crafts tragic, unforgettable stories suffused with violence, alienation & an undeniably apocalyptic vision. Now, in what we consider McCarthy’s best novel to date, the apocalypse itself becomes a set piece. Unfolding in a terrifying future where Armageddon has been waged & lost, The Road traces the odyssey of a father & his young son through a desolate landscape of devastation & danger. Powerful, moving, extraordinary by any standard, this is McCarthy at his gravest. 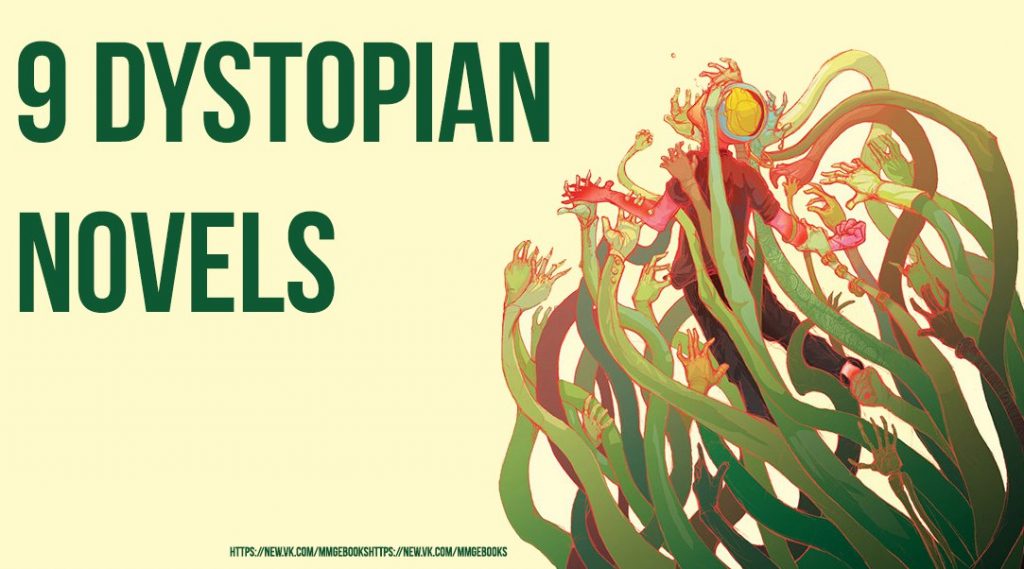