9 books with a winter mood

1. Cat’s Cradle. Kurt Vonnegut
Dr Felix Hoenikker, one of the founding fathers of the atomic bomb, has left a deadly legacy to the world. For he is the inventor of Ice-nine, a lethal chemical capable of freezing the entire planet. The search for its whereabouts leads to Hoenikker’s three eccentric children, to a crazed dictator in the Caribbean, to madness. Will Felix Hoenikker’s death wish come true? Will his last, fatal gift to humankind bring about the end that, for all of us, is nigh? Told with deadpan humour and bitter irony, Kurt Vonnegut’s cult tale of global apocalypse preys on our deepest fears of witnessing the end and, worse still, surviving it…

2. Let the Right One In. John Ajvide Lindqvist
It is autumn 1981 when inconceivable horror comes to Blackeberg, a suburb in Sweden. The body of a teenager is found, emptied of blood, the murder rumored to be part of a ritual killing. Twelve-year-old Oskar is personally hoping that revenge has come at long last—revenge for the bullying he endures at school, day after day.

But the murder is not the most important thing on his mind. A new girl has moved in next door—a girl who has never seen a Rubik’s Cube before, but who can solve it at once. There is something wrong with her, though, something odd. And she only comes out at night. . . .Sweeping top honors at film festivals all over the globe, director Tomas Alfredsson’s film of Let the Right One In has received the same kind of spectacular raves that have been lavished on the book. American and Swedish readers of vampire fiction will be thrilled!
Following the success in Sweden, this movie was remade starring Kodi Smit Mcpheem, Chloe Grace Moretz and Richard Jenkins under the new title Let Me In. The story has continued to reach new viewers in a London Musical and the book remains a vampire favorite among its readers.

3. Light Boxes. Shane Jones
Jones’s brief and bewildering war fable pursues the plight of a town battling to free itself from the brutal hold of the month of February (also sometimes a person or a force or merely a metaphor), a meanie that has not allowed its wintry grip to lift for hundreds of days. When the despairing townspeople, led by valiant Thaddeus Lowe and his wife and daughter, suffer reprisals from February and the priests for trying to break the weather, a group of former balloonists don bird masks and, calling themselves the Solution, instigate a rebellion. Thaddeus’s daughter, Bianca, is kidnapped, along with other children, leading Thaddeus to plot ways to deceive February: townspeople walk around pretending it’s summer and secure light boxes around their heads to simulate the sun. February, meanwhile, may simply be feeling unloved by his wife, the girl who smells of honey and smoke and who seems eerily like Bianca. It’s a quaint and bizarre allegory that explores the perils of equivocation, but it’s likely more pleased with its own cleverness than readers will be. (June)

4. Odd and the Frost Giants. Neil Gaiman
In this inventive, short, yet perfectly formed novel inspired by traditional Norse mythology, Neil Gaiman takes readers on a wild and magical trip to the land of giants and gods and back.
In a village in ancient Norway lives a boy named Odd, and he’s had some very bad luck: His father perished in a Viking expedition; a tree fell on and shattered his leg; the endless freezing winter is making villagers dangerously grumpy.
Out in the forest Odd encounters a bear, a fox, and an eagle—three creatures with a strange story to tell.
Now Odd is forced on a stranger journey than he had imagined—a journey to save Asgard, city of the gods, from the Frost Giants who have invaded it.
It’s going to take a very special kind of twelve-year-old boy to outwit the Frost Giants, restore peace to the city of gods, and end the long winter.
Someone cheerful and infuriating and clever . . .
Someone just like Odd .

5. Smilla’s Sense of Snow. Peter Hoeg
In this international bestseller, Peter Høeg successfully combines the pleasures of literary fiction with those of the thriller. Smilla Jaspersen, half Danish, half Greenlander, attempts to understand the death of a small boy who falls from the roof of her apartment building. Her childhood in Greenland gives her an appreciation for the complex structures of snow, and when she notices that the boy’s footprints show he ran to his death, she decides to find out who was chasing him. As she attempts to solve the mystery, she uncovers a series of conspiracies and cover-ups and quickly realizes that she can trust nobody. Her investigation takes her from the streets of Copenhagen to an icebound island off the coast of Greenland. What she finds there has implications far beyond the death of a single child. The unusual setting, gripping plot, and compelling central character add up to one of the most fascinating and literate thrillers of recent years. —This text refers to an out of print or unavailable edition of this title.

6. The Ice Queen. Alice Hoffman
Be careful what you wish for. A woman who was touched by tragedy as a child now lives a quiet life, keeping other people at a cool distance. She even believes she wants it that way. Then one day she utters an idle wish and, while standing in her house, is struck by lightning. But instead of ending her life, this cataclysmic event sparks a strange and powerful new beginning.
She goes in search of Lazarus Jones, a fellow survivor who was struck dead, then simply got up and walked away. Perhaps this stranger who has seen death face to face can teach her to live without fear. When she finds him, he is her perfect opposite, a burning man whose breath can boil water and whose touch scorches. As an obsessive love affair begins between them, both hide their most dangerous secrets–what happened in the past that turned one to ice and the other to fire.

7. The Shining. Stephen King
First published in 1977, The Shining quickly became a benchmark in the literary career of Stephen King. This tale of a troubled man hired to care for a remote mountain resort over the winter, his loyal wife, and their uniquely gifted son slowly but steadily unfolds as secrets from the Overlook Hotel’s past are revealed, and the hotel itself attempts to claim the very souls of the Torrence family. Adapted into a cinematic masterpiece of horror by legendary Stanley Kubrick — featuring an unforgettable performance by a demonic Jack Nicholson —The Shining stands as a cultural icon of modern horror, a searing study of a family torn apart, and a nightmarish glimpse into the dark recesses of human weakness and dementia.

8. The Silent Land. Graham Joyce
When Jake and Zoe are buried under a flash avalanche while skiing in the French Pyrenees, they miraculously dig their way out from under the snow—only to discover the world they knew has been overtaken by an eerie and absolute silence. With their phones cut off, and the village evacuated of every living soul, the young married couple begin to witness strange, unsettling events neither one can ignore. And as the days wear on, they are forced to confront frightening possibilities as they attempt to survive and escape the silent land they now inhabit.

9. The Terror. Dan Simmons
As advanced an enterprise as had ever set forth, Sir John Franklin’s 1845 expedition in search of the fabled North-West Passage had every expectation of triumph.
But for almost two years his ships Terror and Erebus have been trapped in the Arctic ice. Coal and provisions are running low. Yet the real threat isn’t from the constantly shifting landscape, the flesh-numbing temperatures or the vessels being slowly crushed by the unyielding, frozen ocean.
No, the real threat is far more terrifying. There is something out there in the frigid darkness, stalking the ships, snatching men – mutilating, devouring. A nameless thing, at once nowhere and everywhere, this terror has become the expedition’s nemesis.
When Franklin meets a terrible death, it falls to Captain Francis Crozier of HMS Terror to take command and lead the surviving crew on a last, desperate attempt to escape south. As scurvy, starvation and madness take their toll, so the terror on the ice becomes ever more bold… 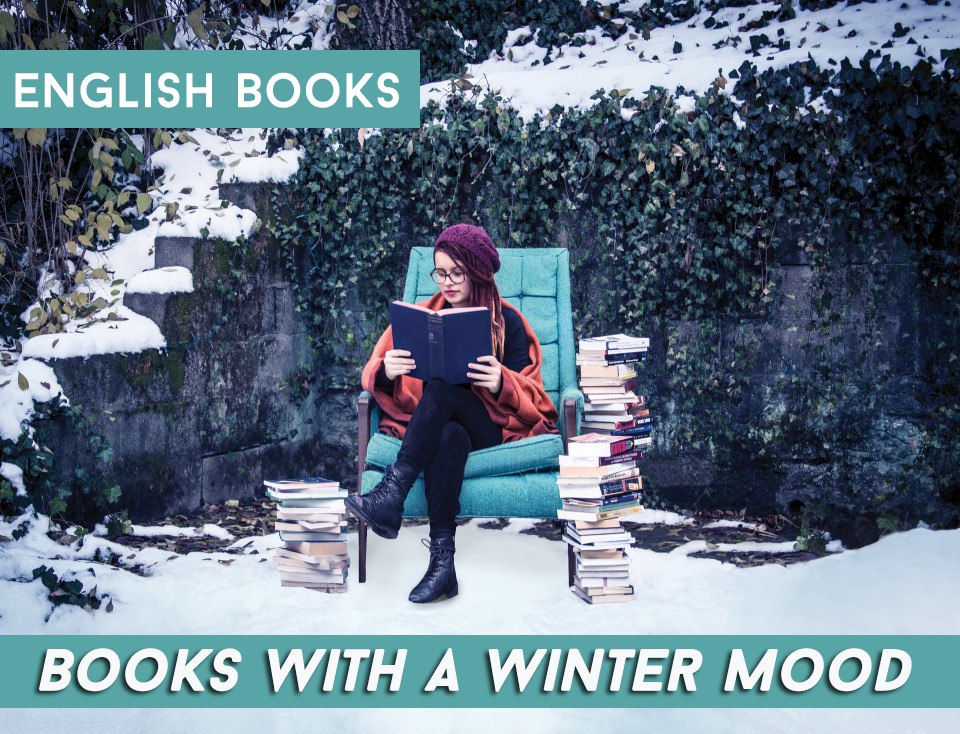 The Terror.epub
909.72 KB
Please Share This
Related Posts
Many magazines
on the
→ MAGAZINELIB.COM
Book for today - 2019