1. Sam Wilson — Zodiac
A starting new thriller with one of the most original concepts in years, where the line between a life of luxury and an existence of poverty can be determined by the stroke of midnight.

In San Celeste, a series of uniquely brutal murders targets victims from totally different walks of life. In a society divided according to Zodiac signs, those differences are cast at birth and binding for life. All eyes are on detective Jerome Burton and astrological profiler Lindi Childs―divided in their beliefs over whether the answer is written in the stars, but united in their conviction that there is an ingenious serial killer executing a grand plan.

Together, they will unravel a dark tale of betrayal, lost love, broken promises and a devastating truth with the power to tear their world apart .

2. Peter Robinson — Watching the Dark
When Detective Inspector Bill Reid is found murdered in the tranquil grounds of the St Peter’s Police Treatment Centre, and compromising photographs are discovered in his room, DCI Banks is called in to investigate. Because of the possibility of police corruption, he is assigned an officer Professional Standards, Inspector Joanna Passero, to work closely with him, and he soon finds himself and his methods under scrutiny.

The Secretary of War of the United States receives a letter sent to his and all other nations, declaring that war has too long devastated the earth and the time has come for peace. It orders them to destroy their weapons of warfare and disband their militaries. The letter ends: “One year from this date will I allow for disarmament and no more. At the end of that time, if no heed has been paid to my injunction, I will destroy, in rapid succession, every battleship in the world. By the happenings of the next two months you shall know that my words are the words of truth.” It is signed “The man who will stop all war.”

The government officials at first dismiss this as a letter from a crank. Then a few battleships vanish, one per week, without a trace. What new technology enables this man to carry out his threat? Can he be found and stopped? Will the major powers of the world agree to disarm or will they blame each other and start a war?

Recipe: Take an American investigative reporter, add his science professor friend and the professor’s beautiful intelligent sister, throw in some early 20th century quasi-science, some romantic longing, some detective work in London, and a good measure of suspense.

4. Graham Swift — The Light of Day
On the anniversary of a life-shattering event, George Webb, a former policeman turned private detective, revisits the catastrophes of his past and reaffirms the extraordinary direction of his future. Two years before, an assignment to follow a strayed husband and his mistress appeared simple enough, but this routine job left George a transformed man.

Suspenseful, moving, and hailed by critics as a detective story unlike any other, The Light of Day is a gripping tale of murder and redemption, as well as a bold exploration of love and self-discovery. This powerful novel signals yet another groundbreaking achievement from Graham Swift, the author of the Booker Prize-winning novel Last Orders.

5. Arthur Conan Doyle — A Study in Scarlet
The first of the Sherlock Holmes stories, this was also the first of Conan Doyle’s books to be published.
In this fascinating and exciting tale, the two towering creations of detective fiction-Holmes, the master of the science of detection, and Watson, his faithful companion-make their auspicious debut.
The two detectives are immediately in fine form as Holmes plucks the solution to the mystery from the heart of Victorian London.

6. Wilkie Collins — The Woman in White
The story is sometimes considered an early example of detective fiction with the hero, Walter Hartright, employing many of the sleuthing techniques of later private detectives. The use of multiple narrators draws on Collins’s legal training, and as he points out in his Preamble: “the story here presented will be told by more than one pen, as the story of an offence against the laws is told in Court by more than one witness”. In 2003, Robert McCrum writing for The Observer listed The Woman in White number 23 in “the top 100 greatest novels of all time”, and the novel was listed at number 77 on the BBC’s survey The Big Read.

7. Chris Carter — The Crucifix Killer
In a derelict cottage in Los Angeles National Forest, a young woman is found savagely murdered. Naked, strung two wooden posts, the skin has been ripped her face – while she was alive. On the nape of her neck is carved a strange double-cross: the signature of a psychopath known as the Crucifix Killer.
But that’s not possible. Because, two years ago, the Crucifix Killer was caught and executed.
Could this be the work of a copycat killer? Someone who has somehow accessed intricate details of the earlier murders – details that were never made public? Or is Homicide Detective Robert Hunter forced to face the unthinkable? Is the real Crucifix Killer still out there, ready to embark once again on a vicious killing spree, ing his victims seemingly at random, taunting Hunter with his inability to catch him?
Robert Hunter and his rookie partner are about to enter a nightmare beyond imagining, where there’s no such thing as a quick death.
To date The Crucifix Killer has been released in over fifteen countries.

8. Lars Kepler — The Hypnotist
Tumba, Sweden. A triple homicide, all the victims the same family, captivates Detective Inspector Joona Linna, who demands to investigate the grisly murders – against the wishes of the national police. The killer is at large, and it appears that the elder sister of the family escaped the carnage; it seems only a matter of time until she, too, is murdered.

9. Rafik Schami — The Dark Side of Love
A dead man hangs the portal of St Paul’s Chapel in Damascus. He was a Muslim officer and he was murdered. But when Detective Barudi sets out to interrogate the man’s mysterious widow, the Secret Service takes the case away him. Barudi continues to investigate clandestinely and discovers the murderers motive: it is a blood feud between the Mushtak and Shahin clans, reaching back to the beginnings of the 20th century. And, linked to it, a love story that can have no happy ending, for reconciliation has no place within the old tribal structures. 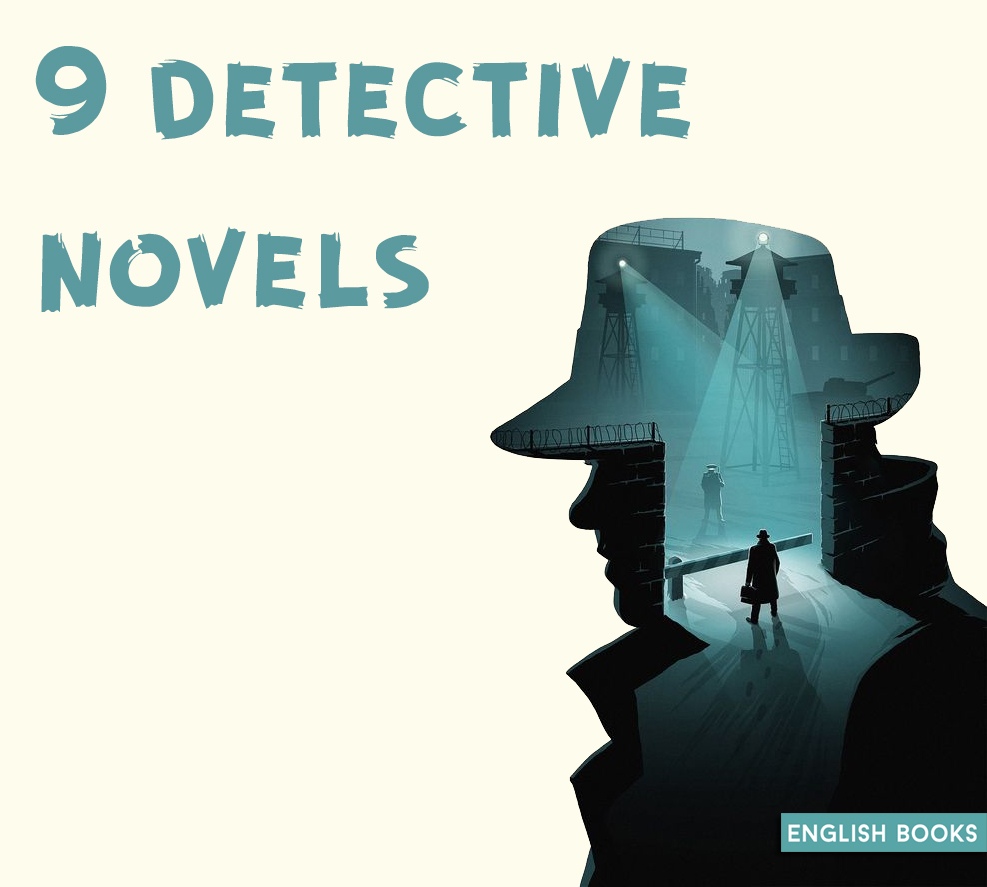 The Dark Side of Love.epub
1.10 MB
Please Share This
Related Posts
Many magazines
on the
→ MAGAZINELIB.COM
Book for today - 2019