In the second half of the 19th century, European-led columns began to fan out across the African continent from their coastal footholds, smashing whatever forces could be brought against them, no matter how brave or determined the latter were. The process began at different dates in different parts of the continent, but much of the main activity was concentrated into the two decades between 1881 and 1902, subsequently but accurately nicknamed the ‘Scramble for Africa’.

By 1914 the Europeans had overrun the greater part of the continent, and, remarkably, had managed to do so without clashing with each other in the process: conflict between them only occurred after 1914 because what was essentially a European power-struggle was inevitably projected on to the African landscape. The armies responsible for this extraordinary period of expansion have seldom been surveyed as a whole, and never in the organisational detail attempted here.

As well as including an outline of the principal campaigns of the period, military historian Peter Abbott examines in detail the structure, dress and armament of the colonial armies fielded by the Congo Free State, the Belgian Congo, Great Britain, France, Germany, Italy, Portugal, and Spain, and includes in his text an unprecedented amount of order of battle material. Illustrations include 229 drawings of soldiers, 58 other illustrations, and two maps.

Principally covering Uganda, Kenya, Tanzania, and Zanzibar, this volume deals with the native peoples of East Africa and the Arabs and Europeans who variously fought, explored, and raided there in the course of the 19th century. The detailed text provides the dress, arms, organisation, and tactics of the protagonists, and includes sections on the foreign explorers and the forces of the British and German East African colonies. Illustrations include 124 drawings of warriors and soldiers. 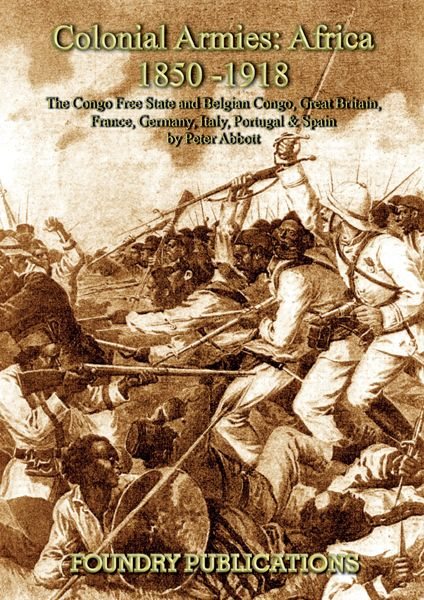 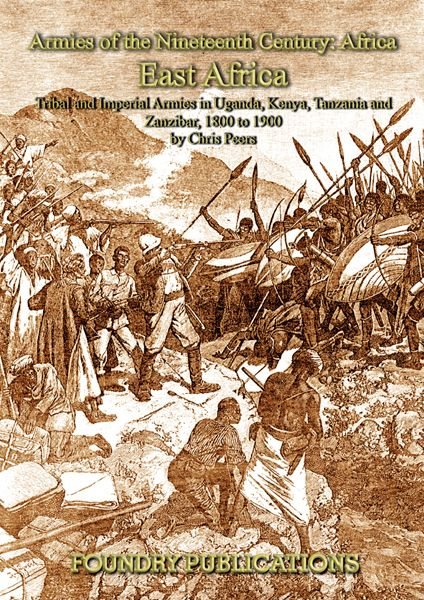