By Steppe, Desert, and Ocean is nothing less than the story of how humans first started building the globalized world we know today. Set on a huge continental stage, from Europe to China, it is a tale covering over 10,000 years, from the origins of farming around 9000 BC to the expansion of the Mongols in the thirteenth century AD.

An unashamedly “big history”, it charts the development of European, Near Eastern, and Chinese civilizations and the growing links between them by way of the Indian Ocean, the silk Roads, and the great steppe corridor (which crucially allowed horse riders to travel from Mongolia to the Great Hungarian Plain within a year). Along the way, it is also the story of the rise and fall of empires, the development of maritime trade, and the shattering impact of predatory nomads on their urban neighbours.

Above all, as this immense historical panorama unfolds, we begin to see in clearer focus those basic underlying factors — the acquisitive nature of humanity, the differing environments in which people live, and the dislocating effect of even slight climatic variation — which have driven change throughout the ages, and which help us better understand our world today.

• The story of how human society evolved across the Eurasian continent, from the origins of farming to the expansion of the Mongols
• A vast historical canvas, covering the devlopment of civilization in Europe, the Middle East, and China — and the growing links between them
• A tale tale of war, invasion, migration, and the rise and fall of empires set over more than 10,000 years
• How humankind first started building the globalized world we know today — across steppe, desert, and ocean

When a melting Swiss glacier recently revealed the body of a hunter millennia old, the world sat up and took notice. Here, in his well-preserved arrows, tools, and leather garments (not to mention his own remains) was a rare glimpse of life in prehistoric Europe, and it captured the public imagination. Elsewhere more obvious remnants of the pre-classical past have long been objects of fascination: the megaliths of northwestern Europe, the palaces of Crete, the mysterious cave paintings of France. Now archeologist Barry Cunliffe and a team of distinguished experts shed light on this astonishing, long-silent world in a comprehensive and lavishly illustrated account.

Ranging from the earliest settlements through the emergence of Minoan civilization to the barbarian world at the end of the Roman Empire, The Oxford Illustrated Prehistory of Europe provides a fascinating look at how successive cultures adapted to the landscape of Europe. In synthesizing the diverse findings of archeology, the authors capture the sweeping movements of peoples, the spread of agriculture, the growth of metal working, and the rise and fall of cultures. They provide intriguing insight on the Minoan and the Mycenean past underlying classical Greek history, and on the disasters that destroyed Minoan civilization. They explore the increasingly sophisticated societies of northern Europe, revealing surprisingly far-reaching trade between different areas. The peoples of Bronze Age Denmark, for instance, sent amber to Germany in return for scarce metal, while new technologies spread widely across the continent. The book continues through the end of the Roman Empire, exploring the barbarian world beyond Rome’s northern frontier.

For centuries, we knew little of the European civilizations that preceded classical Greece or arose outside of the Roman Empire, beyond ancient myths and the writings of Roman observers. Now the most recent discoveries of archeology have been synthesized into one exciting volume. Featuring hundreds of stunning photographs (many in full color), this book provides the most complete account available of the prehistory of European civilization.

Around 330 b.c., a remarkable adventurer named Pytheas set out from the Greek colony of Massalia (now Marseille) on the Mediterranean Sea to explore the fabled, terrifying lands of northern Europe. Renowned archaeologist Barry Cunliffe here re-creates Pytheas’s unprecedented journey, which occurred almost 300 years before Julius Caesar landed in Britain. Beginning with an invaluable pocket history of early Mediterranean civilization, Cunliffe illuminates what Pytheas would have seen and experienced—the route he likely took to reach Brittany, then Britain, Iceland, and Denmark; and evidence of the ancient cultures he would have encountered on shore. The discoveries Pytheas made would reverberate throughout the civilized world for years to come, and in recounting his extraordinary voyage, Cunliffe chronicles an essential chapter in the history of civilization.

The last Ice Age, which came to an end about 12,000 years ago, swept the bands of hunter gatherers from the face of the land that was to become Britain and Ireland, but as the ice sheets retreated and the climate improved so human groups spread slowly northwards, re-colonizing the land that had been laid waste. From that time onwards Britain and Ireland have been continuously inhabited and the resident population has increased from a few hundreds to more than 60 million.

Britain Begins is nothing less than the story of the origins of the British and the Irish peoples, from around 10,000BC to the eve of the Norman Conquest. Using the most up to date archaeological evidence together with new work on DNA and other scientific techniques which help us to trace the origins and movements of these early settlers, Barry Cunliffe offers a rich narrative account of the first islanders – who they were, where they came from, and how they interacted one with another. Underlying this narrative throughout is the story of the sea, which allowed the islanders and their continental neighbours to be in constant contact.

The story told by the archaeological evidence, in later periods augmented by historical texts, satisfies our need to know who we are and where we come from. But before the development of the discipline of archaeology, people used what scraps there were, gleaned from Biblical and classical texts, to create a largely mythological origin for the British. Britain Begins also explores the development of these early myths, which show our ancestors attempting to understand their origins. And, as Cunliffe shows, today’s archaeologists are driven by the same desire to understand the past – the only real difference is that we have vastly more evidence to work with.

Fierce warriors and skilled craftsmen, the Celts were famous throughout the Ancient Mediterranean World. They were the archetypal barbarians from the north and were feared by both Greeks and Romans. For two and a half thousand years they have continued to fascinate those who have come into contact with them, yet their origins have remained a mystery and even today are the subject of heated debate among historians and archaeologists.

Barry Cunliffe’s classic study of the ancient Celtic world was first published in 1997. Since then huge advances have taken place in our knowledge: new finds, new ways of using DNA records to understand Celtic origins, new ideas about the proto-urban nature of early chieftains’ strongholds. All these developments are part of this fully updated, and completely redesigned edition.

Cunliffe explores the archaeological reality of these bold warriors and skilled craftsmen of barbarian Europe who inspired fear in both the Greeks and the Romans. He investigates the texts of the classical writers and contrasts their view of the Celts with current archaeological findings. Tracing the emergence of chiefdoms and the fifth- to third-century migrations as far as Bosnia and the Czech Republic, he assesses the disparity between the traditional story and the most recent historical and archaeological evidence on the Celts.

Other aspects of Celtic identity such as the cultural diversity of the tribes, their social and religious systems, art, language and law, are also examined. From the picture that emerges, we are – crucially – able to distinguish between the original Celts, and those tribes which were “Celtized”, giving us an invaluable insight into the true identity of this ancient people. 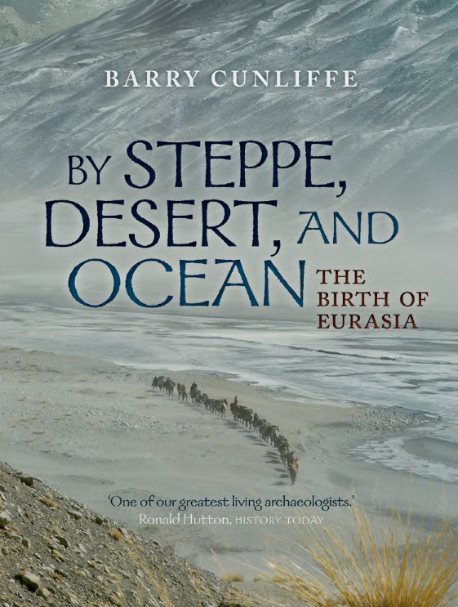 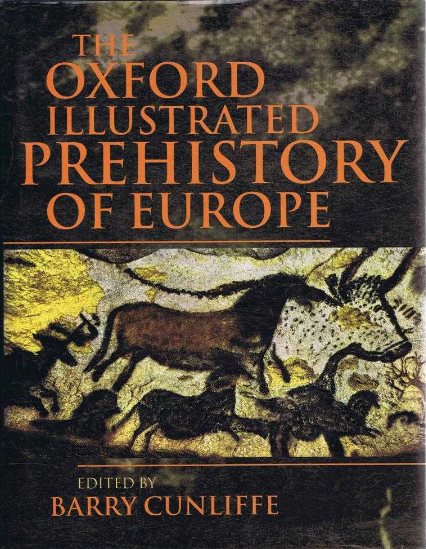 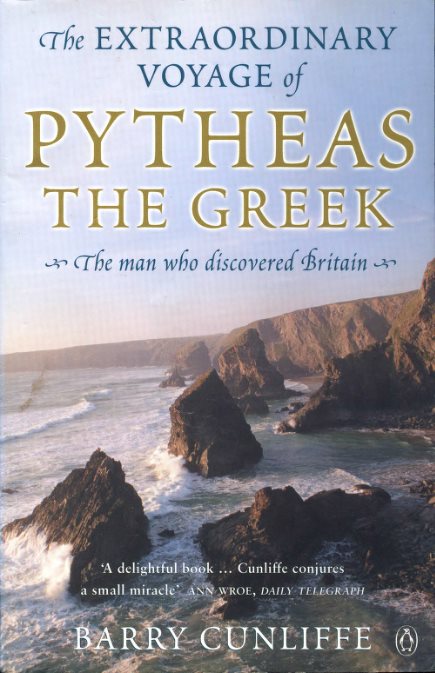 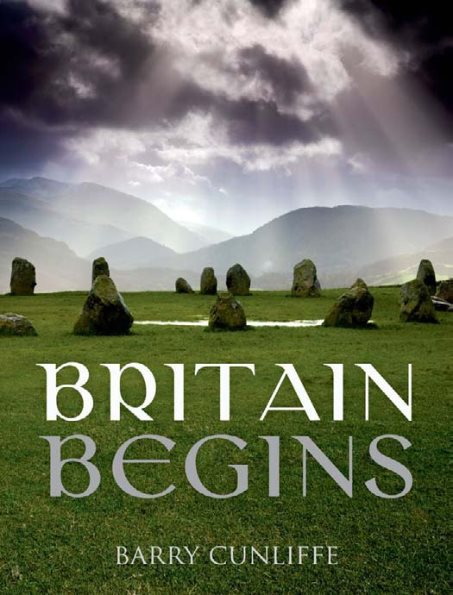 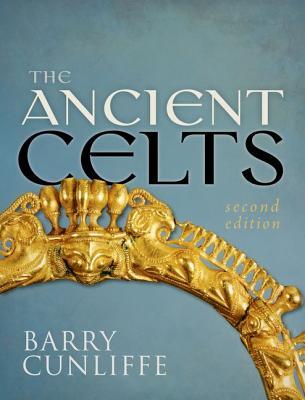 By Steppe, Desert, and Ocean. The Birth of Eurasia - Barry W. Cunliffe (2015).djvu
43.96 MB
Please Share This
Related Posts
Many magazines
on the
→ MAGAZINELIB.COM
Book for today - 2019