In the first authoritative biography of Alexander the Great written for a general audience in a generation, classicist and historian Philip Freeman tells the remarkable life of the great conqueror. The celebrated Macedonian king has been one of the most enduring figures in history. He was a general of such skill and renown that for two thousand years other great leaders studied his strategy and tactics, from Hannibal to Napoleon, with countless more in between. He flashed across the sky of history like a comet, glowing brightly and burning out quickly: crowned at age nineteen, dead by thirty-two. He established the greatest empire of the ancient world; Greek coins and statues are found as far east as Afghanistan. Our interest in him has never faded.

Alexander was born into the royal family of Macedonia, the kingdom that would soon rule over Greece. Tutored as a boy by Aristotle, Alexander had an inquisitive mind that would serve him well when he faced formidable obstacles during his military campaigns. Shortly after taking command of the army, he launched an invasion of the Persian empire, and continued his conquests as far south as the deserts of Egypt and as far east as the mountains of present-day Pakistan and the plains of India. Alexander spent nearly all his adult life away from his homeland, and he and his men helped spread the Greek language throughout western Asia, where it would become the lingua franca of the ancient world. Within a short time after Alexander’s death in Baghdad, his empire began to fracture. Best known among his successors are the Ptolemies of Egypt, whose empire lasted until Cleopatra.

In his lively and authoritative biography of Alexander, classical scholar and historian Philip Freeman describes Alexander’s astonishing achievements and provides insight into the mercurial character of the great conqueror. Alexander could be petty and magnanimous, cruel and merciful, impulsive and farsighted. Above all, he was ferociously, intensely competitive and could not tolerate losing—which he rarely did. As Freeman explains, without Alexander, the influence of Greece on the ancient world would surely not have been as great as it was, even if his motivation was not to spread Greek culture for beneficial purposes but instead to unify his empire. Only a handful of people have influenced history as Alexander did, which is why he continues to fascinate us.

Tough, resolute, fearless. Alexander was a born warrior and a ruler of passionate ambition who understood the intense adventure of conquest and of the unknown. When he died in 323 B.C.E. at age thirty-two, his vast empire comprised more than two million square miles, spanning from Greece to India. His achievements were unparalleled—he had excelled as leader to his men, founded eighteen new cities, and stamped the face of Greek culture on the ancient East. the myth he created is as potent today as it was in the ancient world.

Robin Lane Fox’s superb account searches through the mass of conflicting evidence and legend to focus on Alexander as a man of his own time. Combining historical scholarship and acute psychological insight, it brings this colossal figure vividly to life.

Everything we know about Alexander comes from ancient sources, which agree unanimously that he was extraordinary and greater than everyday mortals. From his birth into a hypercompetitive world of royal women through his training under the eyes and fists of stern soldiers and the piercing intellect of Aristotle; through friendships, rivalries, conquests and negotiations; through acts of generosity and acts of murder, this book explains who Alexander was, what motivated him, where he succeeded (in his own eyes) and where he failed, and how he believed that he earned a new ‘mixed’ nature combining the human and the divine. This book explains what made Alexander ‘Great’ according to the people and expectations of his time and place and rejects modern judgments asserted on the basis of an implicit moral superiority to antiquity.

Alexander the Great: A New History combines traditionalscholarship with contemporary research to offer an innovativetreatment of one of history’s most famous figures.
• Written by leading experts in the field
• Looks at a wide range of diverse topics including Alexander’s religious views, his entourage during his campaign East, his sexuality, the influence of his legacy, and his representations inart and cinema
• Discusses Alexander’s influence, from his impact on his contemporaries to his portrayals in recent Hollywood films
• A highly informed and enjoyable resource for students and interested general readers

5) Ghost on the Throne. The Death of Alexander the Great and the War for Crown and Empire – James Romm
Knopf | 2011 | EPUB

Alexander the Great, perhaps the most commanding leader in history, united his empire and his army by the titanic force of his will. His death at the age of thirty-two spelled the end of that unity.

The story of Alexander’s conquest of the Persian empire is known to many readers, but the dramatic and consequential saga of the empire’s collapse remains virtually untold. It is a tale of loss that begins with the greatest loss of all, the death of the Macedonian king who had held the empire together.

With his demise, it was as if the sun had disappeared from the solar system, as if planets and moons began to spin crazily in new directions, crashing into one another with unimaginable force.

Alexander bequeathed his power, legend has it, “to the strongest,” leaving behind a mentally damaged half brother and a posthumously born son as his only heirs. In a strange compromise, both figures—Philip III and Alexander IV—were elevated to the kingship, quickly becoming prizes, pawns, fought over by a half-dozen Macedonian generals. Each successor could confer legitimacy on whichever general controlled him.

At the book’s center is the monarch’s most vigorous defender; Alexander’s former Greek secretary, now transformed into a general himself. He was a man both fascinating and entertaining, a man full of tricks and connivances, like the enthroned ghost of Alexander that gives the book its title, and becomes the determining factor in the precarious fortunes of the royal family.

James Romm, brilliant classicist and storyteller, tells the galvanizing saga of the men who followed Alexander and found themselves incapable of preserving his empire. The result was the undoing of a world, formerly united in a single empire, now ripped apart into a nightmare of warring nation-states struggling for domination, the template of our own times. 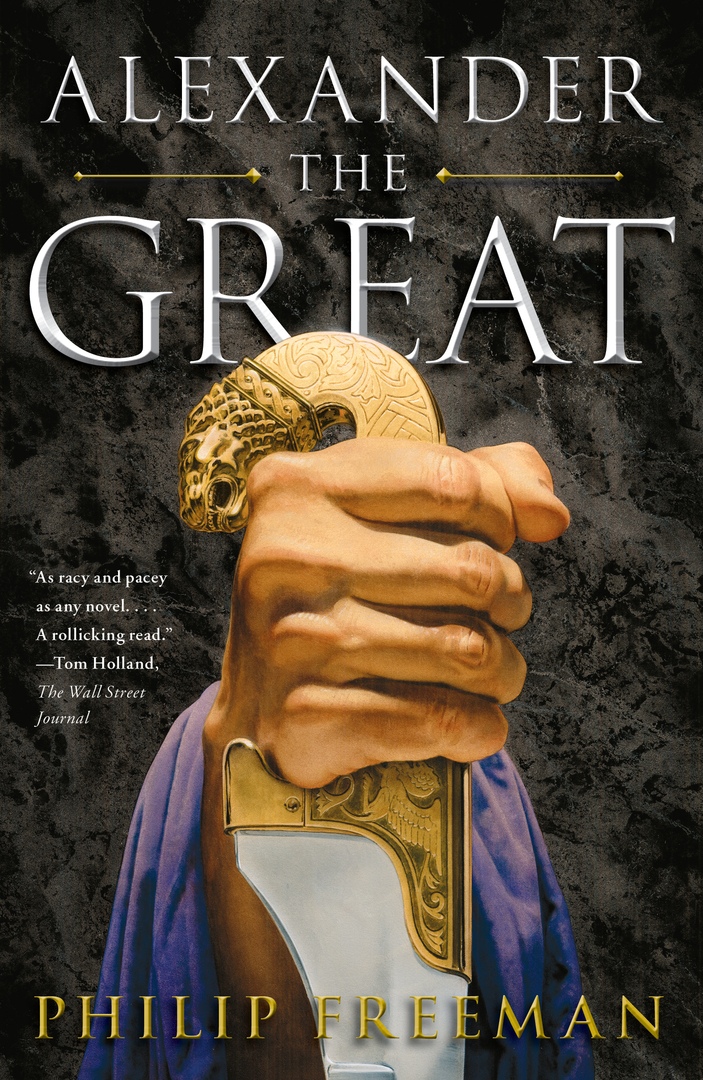 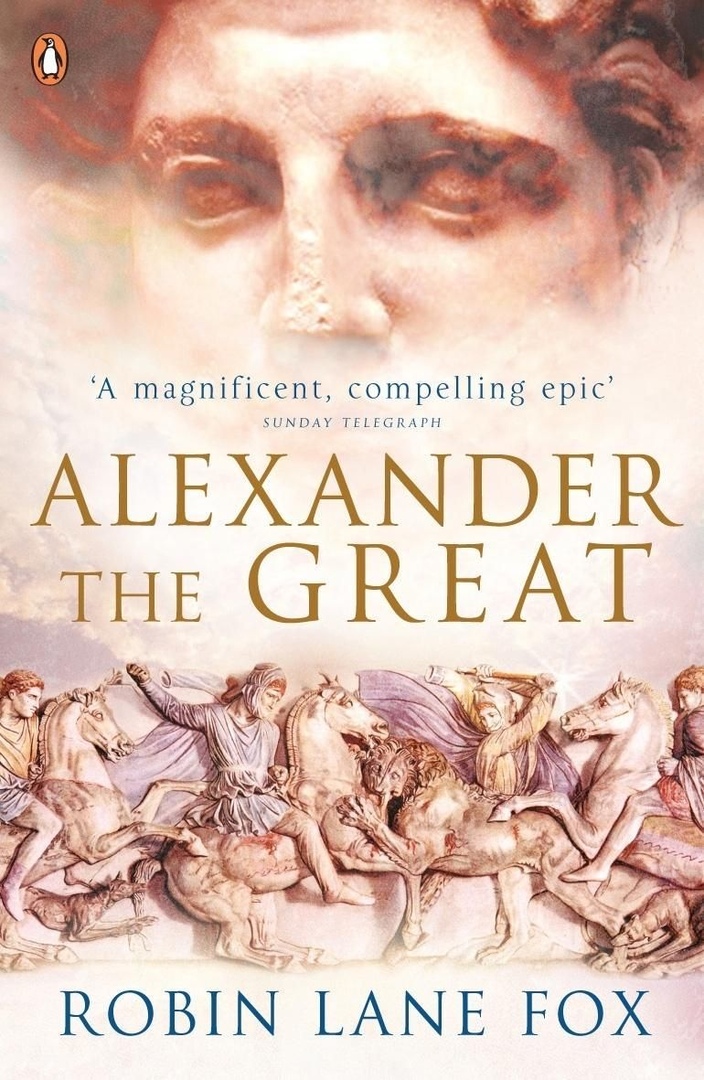 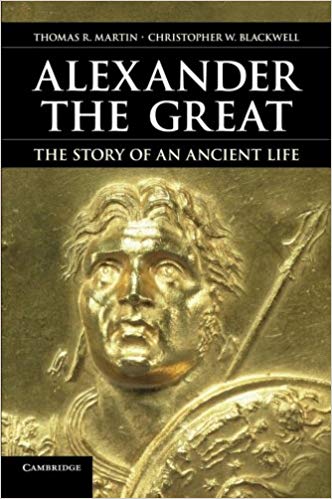 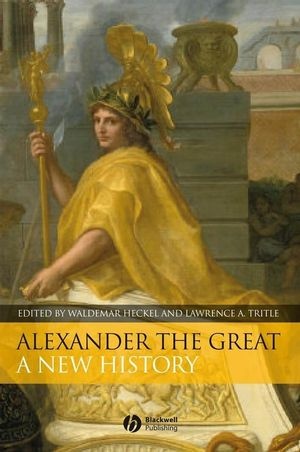 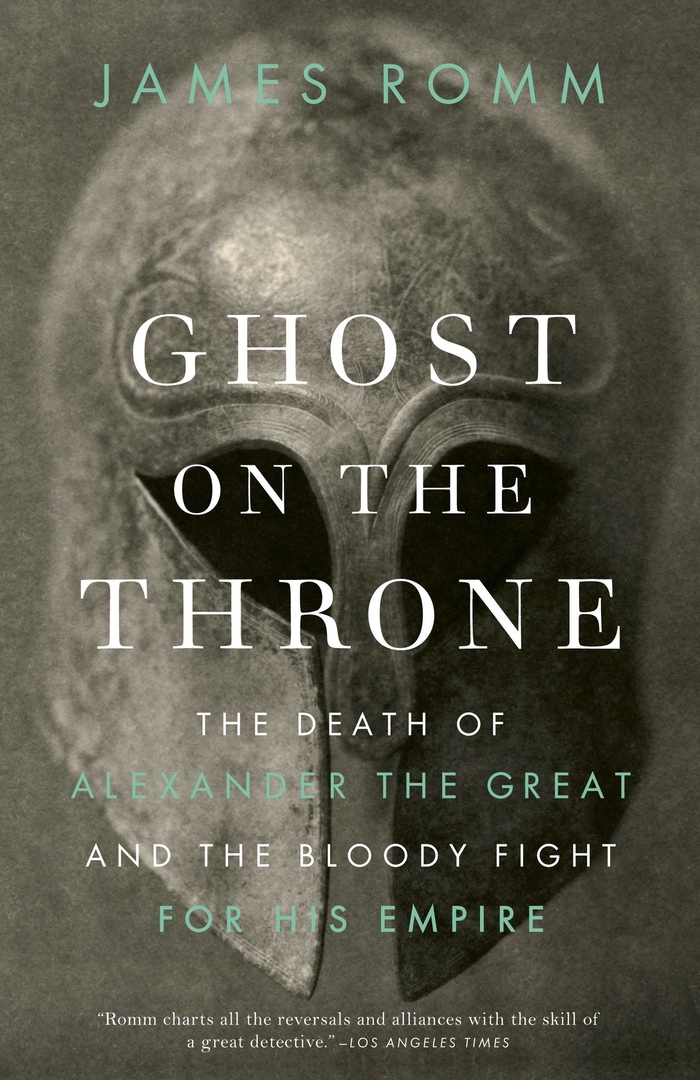 Ghost on the Throne. The Death of Alexander the Great and the War for Crown and Empire - James Romm.epub
6.55 MB
Please Share This
Related Posts
Many magazines
on the
→ MAGAZINELIB.COM
Book for today - 2019